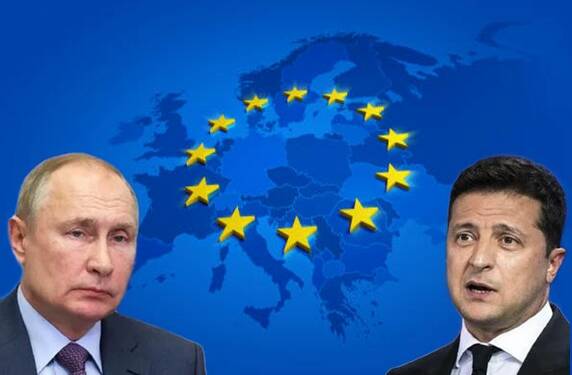 Ukraine has been saddled with allies of different hues in its fight against Russia. With tragedy befalling at every instant, Ukraine was kept emboldened by the strong force of support rendered by an inconsistent group called the EU. The world looked at the organization to contribute a lifetime of support to a bereaved Kyiv, but the exact opposite has taken place.

With the reality of the war dawning in on Ukraine, a new nemesis has emerged in the form of Austria much to the dismay of Zelensky. It was just last week that Austria headlined the tabloids with a diplomatic visit to Putin which the chancellor remarked was ‘not a friendly one’. The remark got accepted within the Ukrainian power circles seeing the diplomatic ties Vienna holds with Kyiv. But not in anyone’s tremor of thought it came that Austria in one week would oppose a possible inclusion of Ukraine into the European Union.

Austrian foreign minister in due time came with his side of reasoning to put an end to the surmises and shots that have been getting traction on the global stage. Mr Alexander Schallenberg justified his position by saying there are countries in the Western Balkans, which the EU calls “enlargement countries”, who have come a long way without full membership. He also pressed on the point that Ukraine can’t have a “different way” when it comes to connecting Europe.

The admissible reaction from Ukraine was of disappointment. The Ukrainian foreign ministry batted away the remarks by saying, “the comments ignore the fact that the vast majority of the population of the EU founding member states support Ukraine’s membership.” The fury and grief over the war stand no chance when it comes to the membership in EU. Moreover, it’s not an overnight process. Contrary to the statements pushed by the Ukrainian foreign ministry, the countries opposing the inclusion of Ukraine into the EU stand aplenty, and the latest entry into the list is Germany.

Read more: Germany fights it out with the EU to go easy with sanctions on Russia

Germany, the touted financial superpower within the EU power bloc has been surviving serious inflation at the cost of going strong against Russia. Berlin enraged Russia with an array of policy matters that began with the cancellation of the vanity project Nord stream-2. To exhaust Russia, further sanctions followed at the behest of Germany’s ‘western masters’, but the current predicament stands gives a picture of how the EU fiddled with the hopes of Germany in the name of sanctions against Russia.

Moreover, the ruling government of Germany is a divided pole with tenacious Annalena Baerbock of the Green Party colliding in opinion over policy matters employed by the ruling government. The economic forte that was amassed with the experience and resoluteness of Angela Merkel is on the verge of crumbling to dust. It was well evident when the central bank of Germany lashed out against the government for being ineffective in tackling the ruthless inflation that has got the rage of the masses.

Read more: EU to punish Hungary with sanctions for its nationalist mandate in the recent elections

It needs no further explanation on why Germany shouldn’t lend their support to Ukraine while keeping a blind eye on the domestic problems and troubles that keep on picking pace in the country.

Apart from the unfit armaments in the name of military assistance to Ukraine, Germany still has time in its kitty to alter course to pacify an irascible Russia from further disappointments.

Meanwhile, Hungary is in a different league.  It never acquiesced before the deceiving mastery of the West nor before the big words propelled by the EU. Viktor Orbán’s recent victory also stands as a testament to the fact of how people receive a leader who endorses a strongman like Putin.

Appraising the reality, the strong bloc of Germany, Austria, and Hungary is about to make moves in the realization that only one side can lose in a war.