China dove Ferdinand Marcos may never come to power in the Philippines. The reason is Leni Robredo 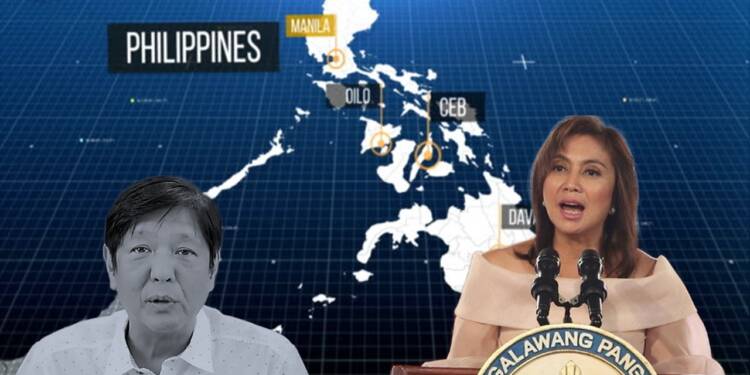 The Philippines is all set to go to the polls on May 9. The Southeast Asian country will decide its fate by electing a new President. Rodrigo Duterte is going out after unleashing havoc on the country. Taking Manila closer to China, withdrawing from the Visiting Forces Agreement with the United States, and unleashing a brutal crackdown on drug syndicates in the Philippines will be the highlights of his tenure. The Philippines desperately needs a change. Yet, do the people of the Philippines really want change? One can never be too certain in this part of the world.

There was a time when Ferdinand “Bongbong” Marcos Jr announcing his candidacy for the top post of the country had enthused geopolitical geeks around the world. With time, however, Rodrigo Duterte’s endorsement of the man started making sense. He is not good for the Philippines. Why you might ask? After all, what more suffering could the Philippines be put through?

There are two reasons why Marcos Jr is bad for the Philippines:

The Rise of a Challenger

It’s not all doom and gloom in the Philippines. The country’s politics stands a fair chance of being salvaged. You see, the people of the Philippines are all too aware of Marcos Jr’s lineage, and how his father put the country through a brutal dictatorial phase. Also, Marcos Jr is showing little to no conviction to take on China in the region. Therefore, he will not protect his country’s interests and will allow Beijing a complete walkover.

Guess who won’t? Vice President Leni Robredo. The 57-year-old woman is proving to be a tough nut to crack for the Marcoses. The masses are connecting to Leni Robredo, and she has introduced a style of grassroots campaigning previously unknown to Filipino politics.

How is Leni Robredo Different?

Leni Robredo places democracy over and above everything else. She believes in the virtues of a transparent and clean government. If voted to power, she will give the country a break from the tyrannical regime that Rodrigo Duterte has been running, and the one that Marcos Jr promises.

According to Nikkei Asia, Robredo supports the Visiting Forces Agreement with the U.S. Compared with Marcos, she has taken a harder line on Beijing on the South China Sea territorial dispute, and has said she will bolster alliances with “like-minded” countries to press Manila’s interests in the maritime row.

To top it all, if voted to power, Robredo will put an end to the career of the Marcos. She backs a law regulating political dynasties that have been filed unsuccessfully in each Congress since 1987.

Read more: China is trying every trick in the book to buy the new Philippine government out

Ferdinand Marcos Jr is not good news for the Philippines. He will sideline the 2016 arbitration award that rejected Chinese claims in the South China Sea. China already expects Marcos to toe its line on international issues. In return, China will help the Marcos family strengthen its stronghold in Philippine politics. Beijing will give him money and muscle. The Marcoses are likely to use Chinese money and commercial opportunities for rewarding local elites and rolling out development projects in their home province Ilocos Norte.

Leni Robredo’s campaign is seeing a lot of support among the people. She might just trump Ferdinand Marcos Jr to become the Philippines’ next president. One can never describe the power that common people command to its fullest extent.