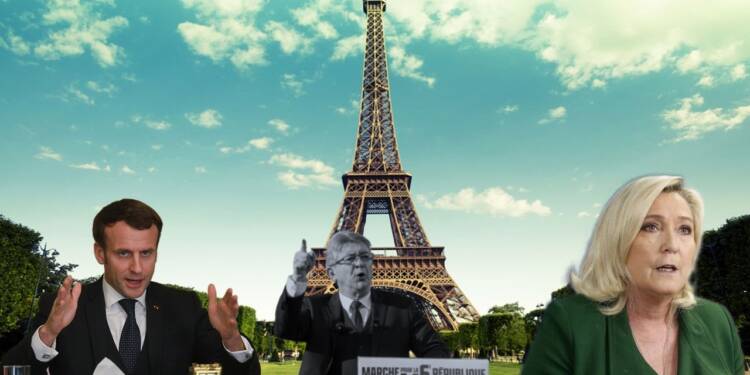 France has been the central hub of the socialist revolution and socialists were once a mighty force, primarily during Francois Mitterand’s rule, who remained the president for 14 years from 1981. But it’s been 10 years since the French people last elected a socialist government, and that was under Francois Hollande.

In 2017, both the major parties of right and left imploded as a consequence of their internal problems, and Macron’s En Marche leaped into the vacuum. Macron entered the political world without any connections or affiliation and yet was elected as the first centrist president.

The recent presidential elections were therefore considered crucial, especially for the existence of the leftist ideology and also to strengthen their position for the upcoming parliamentary elections. All of France’s left-wing parties were intending to form a coalition for the parliamentary elections in June of this year. But to their dismay, Macron again came as a clear winner in the elections as he was able to tap France’s center-left voters.  The left again now remains divided over the formation of the coalition. Marine Le Pen, a staunch right-winger threw a fierce competition to Macron. As per France’s ministry of Interior website, Macron received a 58.5 percent vote against Marine Le Pen’s 41.5 percent share. In 2017, the margin was 66.1 percent to 33.9 percent.

The left is now worried that in the upcoming prime ministerial elections, they may face a serious fight not only from the Centrist forces but also from the far-right. This reduces the remaining share of voters to very minimal and that too divided among the different liberal parties of France.  Another reason for the hesitation in allying is that not all of France’s left-wing parties are willing to make Jean-Luc Mélenchon the face of the left-wing coalition.

La France Insoumise wants the union to rally behind their leader, Jean-Luc Mélenchon, who came in third place in the first round of the presidential election with 22 percent of the vote, just missing out on the run-off for the third time in a row. Despite this, Mélenchon came out on top of other left-wing leaders. With 4.63 percent, 2.28 percent, and 1.75 percent, respectively, Green candidate Yannick Jadot, Communist candidate Fabien Roussel, and socialist Anne Hidalgo all fell short of the 5% mark.

When it comes to assigning districts, Mélenchon’s party wants the coalition to be based on the results of the presidential election. But the Greens and the Socialist Party vary in their viewpoints regarding this. Also, both these parties, are not on the same page as Mélenchon’s movement on several issues, including Europe. For instance, Mélenchon has been constantly demanding reforms in the EU treaties. He believes that the current treaties are nothing but obstacles to implementing measures necessary for France’s growth. Whereas other left parties do not share a similar stance as that of Mélenchon.

These disagreements, though, are dividing the French liberals once more. However, they are overlooking the fact that this may be the final chance for liberals to reclaim power in France; otherwise, ‘liberals’ may find it difficult to exist in the future.

Read more: Macron was all set to lose the elections and then he did something remarkable