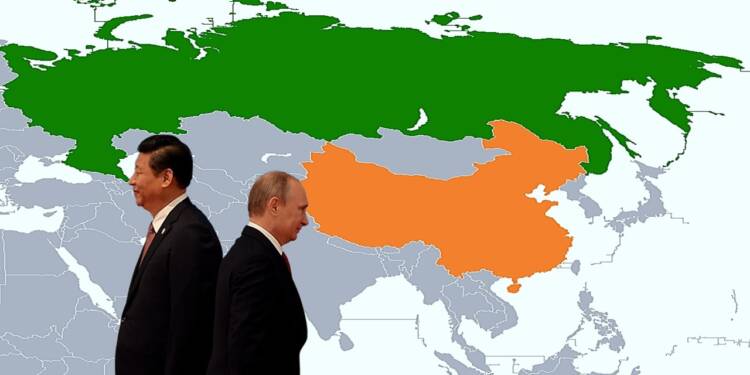 Due to various circumstances, Russia’s far east has usually been a dormant region. To begin with, a vast population is concentrated in the West, so the Eastern region has a lower level of economic activity. As a result, expansionist states like China are eying this region for influence and control.

Just a week ago, Ukrainian refugees have been sent to Nakhodka, a Russian port city in the far east, for accommodation. Furthermore, refugee children will attend schools and kindergartens in the next few days, while adults will be hired based on their interests and qualifications.

This can be a clear indication that Russia has finally realized what has been going on. recently, the region has seen new activities such as troop deployments, refugee settlement, and increased investment.

The Potential of the Far East

Russia’s far east is the world’s most underdeveloped region. As a result of the extensive land coverage, the region offers enormous potential. Natural resources in the region include oil, natural gas, coal, lumber, shellfish, and a variety of precious minerals. Furthermore, Russia acknowledges the value of this region. As a result, it constantly calls for a new generation of pioneers to resurrect the country’s eastern border.

If the region develops, it will be able to attract fresh investment. Because the terrain is so attractive, tourism can also help the economy of the region.

Presence of China- A major concern

Russia views the economic growth of its eastern territories as a strategic priority. However, the Chinese investment here is not as widespread as the Russian corporate groups want, and Beijing frequently tries new tantrums to obtain advantageous commercial conditions. Which, Russia does not want at any cost.

China shares a border with five Russian provinces and it is one of the powerful regional players in the Russian Far East. Even though China and Russia are considered allies. When it comes to its benefits, China is widely renowned for being a backstabber. And something of this sort happened in 2020. Vladivostok, a major Russian port city in the far east was declared Chinese territory by the Chinese government.

Diplomats, journalists, and nationalists in China stormed the internet to make claims to the Russian city of Vladivostok as part of the Qing dynasty. Russia did not respond to the comments made online by Chinese nationals.

Refugee settlement in the Far East

The Russian government is recently focusing on the Far East to relocate migrants from Ukraine’s war-torn region. Around 100 refugees have arrived from Mariupol so far.

Oleg Kozhemyako, Governor of the Primorsky Territory, met with refugees at the Vostok Hotel in Wrangel village, Nakhodka, and answered their questions. A key point to note here is that heads of key ministries, officials from the pension fund, social insurance, migration service, and potential employers also attended the conference.

Russia likewise refused to accommodate refugees in Moscow or any other western Russian city. However, they are established approximately 10,000 kilometers away. In addition, The presence of these officials reflects the notion that these refugees will be settling down for the long haul.

Read More: Russia gears up to chase Chinese fishing fleets out of the Arctic and the Russian Far East

Till now, the Russian far east has always been its Achilles heel. However, this is no longer the case. The country wants to invest and expand in the region. The establishment of refugees and recent investments in the last 2-3 years makes it more assertive. Furthermore, the trend is undoubtedly terrible news for expansionist countries attempting to establish supremacy in the region.