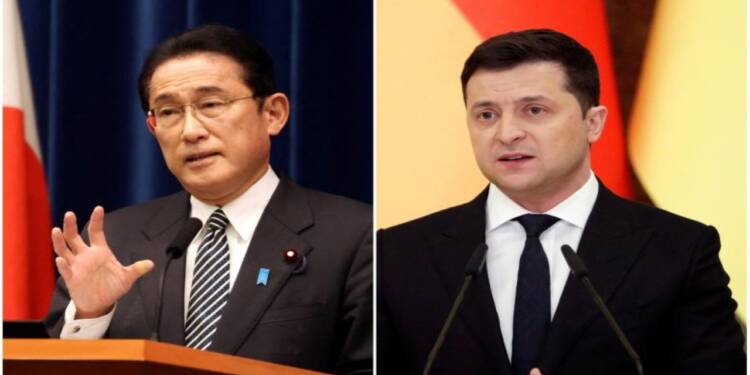 Sanctions on Russia come at a dear cost. Who knows this better than Europe and America, whose economies are now faced with a dire economic crisis as a result of their reckless sanction campaign against Russia. For Japan, the situation is no different.

According to official data released last month, Japan’s core consumer price index – all items less fresh foods – rose 0.8% in March from a year earlier, marking the sharpest rise since Jan. 2020. Japan’s industries are facing a crippling energy crisis and the country’s energy security is in shambles.

So, Japan has now made one thing clear to its western counterparts—It will no longer join the West’s anti-Russia campaign at the cost of its economic stability. Japan’s industry minister Koichi Hagiuda on Wednesday expressed his inability to keep up with the EU’s proposed oil embargo on Russia.

The minister met with senior US officials in Washington before saying that “Japan has limited resources and it is difficult for us to immediately align ourselves with the EU.” His remarks came after European Commission President Ursula von der Leyen said the EU is proposing to ban all oil imports from Russia by the end of this year.

On the other hand, the Biden administration in the US is also pressing all G7 economies to take a coordinated stance on Russia. However, Japan’s public reluctance is sure to impede Biden’s efforts to bring all advanced economies on board against Moscow.

Why is Japan unwilling to end its energy ties with Russia?

It is important to understand that Russia is Japan’s topmost energy supplier. The debilitation of ties between Russia and Japan inevitably disturbs the latter’s energy security environment. Reuters reported that “Russia’s oil imports accounted for 4% of Japan’s overall oil imports for the last fiscal year to March. Natural gas from Moscow made up 9% of Tokyo’s imports and Russia coal imports accounted for 11%.”

The Sakhalin-1 and Sakhalin-2 gas projects of Russia are also vital for Japan’s energy security. Nikkei Asia reported that whereas shipments can take more than two weeks from Qatar and three weeks from the U.S. to reach East Asia, LNG carriers from Sakhalin can arrive in days.

The report said, “LNG is Japan’s biggest import from Russia. Sakhalin-2 can produce about 10 million tons of LNG per year, equivalent to more than 10% of Japan’s annual imports.

However, the video included photos of German dictator Adolf Hitler and Italian dictator Benito Mussolini, along with Japanese Emperor Hirohito. That made Japan very angry. Emperor Hirohito happens to be a respected figure in Japan, even though he was the titular ruler of Imperial Japan during the Second World War.

Masahisa Sato, a Japanese politician belonging to the Liberal Democratic Party, said, “The Ministry of Foreign Affairs protested and requested the Ukrainian government to delete it, and the video in question seems to have been deleted.”

The people of Japan happen to be proud. They do not take their history and culture for granted. So, they are not likely to take the latest insult lying down. Till now, Japanese PM Fumio Kishida has been trying to support Ukraine by joining US sanctions against the Putin administration. Japan has gone so far as to try to persuade India to take severe measures against Russia. However, the tides have begun turning now. The latest statements from Japan’s minister of the economy also suggest that Japan may already have stopped supporting Ukraine due to its shenanigans and reckless anti-Russia campaign.