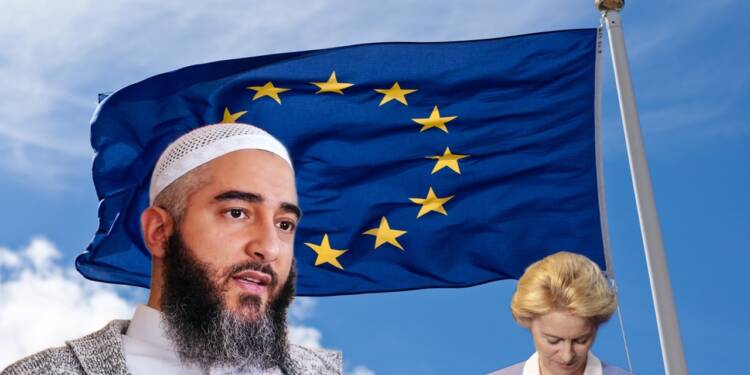 Europe always batted for multiculturalism and has been compassionate towards the swarming of migrants in their country. Of all the philanthropic minds in Europe, it was Angela Merkel who quietly mastered the refugee crisis and fixated on herself as the caretaker for all these asylum seekers climbing the fences into the European heartland.

Over time, the migrant inflow has been exceeding bounds and there has been discord brewing between many European powers.

Many countries were unprepared to cope with the influx of displaced people. But the strangeness within this kind-hearted deed comes with a bait that needs retrospection. The majority of the migrants flooding Europe are from war-torn Islamic countries. History is copious with incidents that simply show that the by-product of accepting Islamic migrants is nothing but Chaos. Even though Europe embraces multiculturalism, Islamism loathes it and they are never open to integrating with other communities. Islam is growing its claws of authority in policymaking and politics in many European countries and the seething domination has finally reached the doors of the European Union itself.

In a glaring show of succumbing, the EU on its part invited a former designated Islamic terrorist to the grand podium in Brussels to offer his two cents’ worth of take on Islamophobia. The conference had the backing of a pro-turkey organization, that zeroed in on El-Yess Zareli, known as Elias d’Imzalene, a Salafist and the founder of the site “Islam and Info,” to present before the European authority about the discrimination suffered by the Muslim migrants in Europe.

By contrast, the other prominent faces in the conference, far from opposing the fundamental elements sprouting within their territory, closely backed the ultra-conservative and radical ideology of Islam espoused by El-Yess Zareli.

On Twitter, Elias couldn’t confine his euphoria as he tweeted “I was at the European Parliament today to raise awareness among its deputies about Islamophobia in France,”

During the conference, spiteful ideologies fledged along with voluntary acceptance from the EU.

“Any opposition to the sexist concept of women’s veiling, to Salafism, and to the ideology of the Muslim Brotherhood, is considered an attack against Islam and against all Muslims. There is the desire for a return to the offense of blasphemy. Hence the use of the term ‘Islamophobia.’” added Elias d’Imzalène .

While such virulent speeches were allowed a free run inside the revered European parliament, the western media kept balking around unhindered seeing the departure in standards of the European Union.

Read more: Of Islamists and riots: What the rest of Europe needs to learn from Poland

It was interesting to note that there was no coverage of this incident that allowed a terrorist to gain control of a global stage to shadow the grotesque crimes he committed in the name of Islam. The unperturbed reaction from the media is an indicator of how gruelling it is for the media houses to untangle themselves from the appalling act of appeasement they have been practicing for this long.

In her final years as chancellor, Merkel unusually regained back her intellect when she admitted that Germany had become “polarized,” and the refugee crisis of recent years had challenged the country “in an unprecedented way.”

Barely for some critical praise from the redundant media houses in the west, Europe has given a level playing field for rabid Islamists to materialize on. With the EU’s current debacle and the burgeoning rise of Islamism, Europe is set to witness the doomsday and the conundrum over this issue is unlikely to die anytime soon.