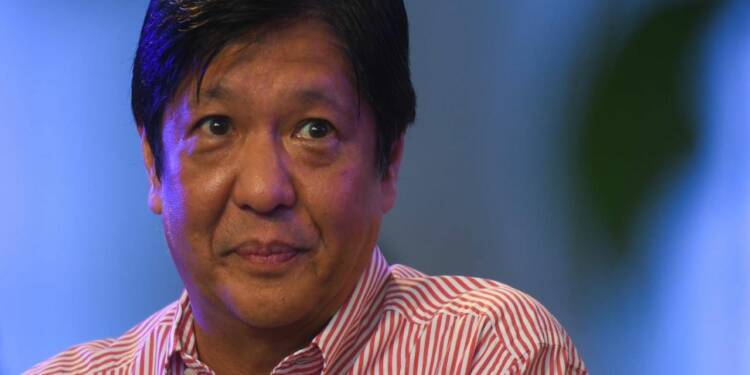 The Philippine Stock Exchange Index declined as much as 3.1% on Tuesday following the announcement of Ferdinand Marcos Jr.’s landslide victory in the Presidential elections. Political protests and chaos were soon to follow. Around 400 students staged a protest outside the election commission, claiming that the elections were rigged and mired in irregularities.

The Diplomat reported that Marcos Jr. was heading for one of the largest electoral victories in Philippine history. As per partial data, Marcos garnered about 30 million votes, or 58.9 percent of the total votes cast. Observers noted that Marcos was vehemently popular among young voters, who helped him clinch the spectacular victory against his rival Leni Robredo.

Marcos Jr. aka Bongbong’s victory comes after six years of President Rodrigo Duterte’s dalliance with China’s Xi Jinping. Bongbong has already made it clear that he will try to strike a cordial relationship with Beijing during his six years of Presidentship. Hence, his victory has now set alarm bells ringing among advocates of “Free and Open Indo-Pacific” and those who look askance upon Chinese involvement in the affairs related to the country.

Bongbong has himself said that he will pursue a strong relationship with China, while not abandoning the West. Therefore, it’s pretty obvious where the tides will turn now. China already expects that once Bongbong assumes the office, he will sideline the 2016 arbitration award that rejected Chinese claims in the South China Sea. And Beijing also expects that Bongbong will back China’s line on international issues.

Read More: People of the Philippines are about to make a terrible mistake

Bongbong continues to face a lot of resistance from some critics in the Philippines who feel that he will reintroduce the brutal policies of his father’s regime. Ferdinand Marcos was an autocrat, who had shut down Congress and other democratic institutions in the Philippines before unleashing a spate of human rights violations.

Those who criticized Marcos had to face state-sponsored rapes and murders. As per data under the Philippines’ Human Rights Reparation and Recognition Act of 2013, for claiming compensation on account of Marcos-era brutalities, 11,103 individuals had fallen victim to Marcos’ dictatorship. However, Amnesty International (AI) said that there were 107,200 victims, who were killed, tortured, and jailed by Marcos.

There are many in the Philippines, who feel that Bongbong may bring back his father’s autocratic policies. Loretta Rosales, a former history professor, who was tortured and gang-raped by Marcos’ troops under martial law in the 1970s, feels scared about the prospect of Bongbong coming to power. She said, “I don’t want this to happen again to my people.”

The Philippine economy to go downhill

Under Marcos Jr, we can expect the Philippine economy to go downhill as a result of the country’s inevitable debilitated policies against an ever-aggressive China. The business community in the country has already shown reservations about the prospects of Bongbong becoming the country’s president. The message that the business community has sent out very clearly is that Robredo, and not Marcos, would be better suited to lead the nation out of the economic mess the country today finds itself in.

An anonymous multinational executive told SCMP, “Depending on the results of this election, we may all migrate to either Australia or New Zealand.” Rafael “Apa” Ongpin, a Philippine businessman too spoke about the plans of multinational executives to move out of the country. Ongpin said, “They are literally looking all over the place – Canada, Australia, New Zealand – they’re saying, if Marcos wins, this country isn’t worth it. I’m leaving.”

Nicholas Mapa, an economic expert, said, “Based on Bloomberg surveys, the investors and analysts appear to favor the candidacy of Robredo, a trained economist.” If the SCMP report is to be considered, Bongbong’s victory can be taken as a major setback for the country’s business community and corporates. Now, as Marcos registers a clear victory in the elections, these companies, already sick of Rodrigo Duterte’s years-long dalliance with Jinping, will look forward to exiting the nation once they find it convenient to do so.

Read More: Big corporations in the Philippines threaten to flee the country if pro-China Marcos wins the elections

Friction to appear between the military and the government

Bongbong’s victory is also a grave threat to the political stability of the country. Bongbong will find it arduous to deal with a China-hawk Philippine military. Over the past years, the Philippine military has spared no efforts to stand up to Chinese incursions into the Philippines’ maritime boundaries. Frictions are bound to appear as Bongbong will now attempt to jeopardize the military’s anti-China streak with his China dove policies.

All in all, the Philippines is doomed! The country’s economy will pay a big price for electing a pro-China leader as its president. Bongbong’s elections could also undermine the Philippines’ bilateral partnerships with China hawk nations in the Indo-Pacific region like India, Japan, and Australia. The only way the Philippines can survive the six years of Bongbong’s presidency is by acknowledging the threats posed by China and cherishing its hard-earned partnerships with important nations in ASEAN and the region.