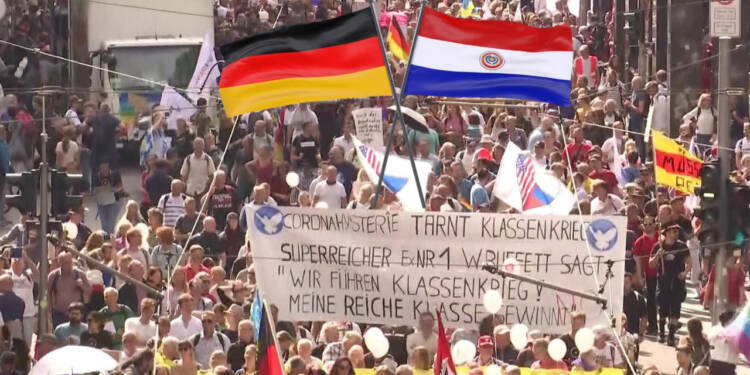 Paraguay is a favored destination amongst Europeans. During the 20th century, Paraguay became host to European immigrants fleeing wars occurring in the Old World. The country received immigrants of Spanish, German, Italian, French, and Slavic origin.

And now, Germans have started moving to Paraguay all over again. However, there is no war in Germany driving these people out. They are simply too concerned about the millions of people that have migrated into their country and feel too uncomfortable with the incoming refugees. In a BBC documentary, some of these immigrants openly talk about being uncomfortable in adjusting with the incoming Muslim migrants.

Read more: Cologne Attacks: With its pro-refugee policy, Germany had it coming!

In 2015, former German Chancellor Angela Merkel declared, “Wir schaffen das (we can do it)”. She was talking about taking in a large number of refugees who were fleeing wars in majority-Muslim countries in and around the Middle East. The German Chancellor declared that they will be assimilated into the German society.

Over the next six years or so, 1.5 million such refugees have entered Germany. It is believed that between 5.3 and 5.6 million Muslims in Germany carry a “migration background.” The numbers are significant for a country like Germany with a population of just over 83 million people.

This large-scale migration was a part of Merkel’s populism but not many Germans are happy with it.

Located in Latin America, Paraguay is a predominantly Christian country. Roman Catholics constitute over 89% of its population and Evangelical Protestant Christians account for over 6% of the country’s population.

Paraguay, therefore, offers a society that the conservative Germans would feel comfortable in. On top of it, there is a heavy European influence in Paraguay’s culture that makes it a dream destination.

Read more: The AfD could spoil Merkel’s chances and rescue Europe from becoming a Chinese crony

German, Austrian and Swiss migrants have been settling in the Latin American country ever since the Pandemic began. They look towards Paraguay for escaping the vaccine mandates and travel restrictions back home. However, immigration in their own country is becoming a new reason for Germans to head toward Paraguay.

According to the BBC documentary, one of the German migrants in Paraguay demanded more regulated migration.

Another migrant said, “We have a problem in Germany with Muslims”. The migrant added, “Islam and vaccinations are big, big problems in this world.”

A male migrant was more specific in his remarks. He said, “Paraguay, in our experience, is a very Christian country, and we come from a Christian culture”.

He added, “We’ve got to know a great many people here and we’re on the same wavelength. In Germany it can’t happen like this, because in general, the Muslims act so provocatively”.

A local woman called “Hana” was also introduced in the documentary, though she didn’t show her face. “Hana” facilitates the German migrants coming into her country.

She claimed that the immigrants “want to protect their children”. She added that in Germany, girls now “get raped, openly harassed in public spaces because they are not wearing the veil”. She claims that the incoming migrants have told her about this.

Paraguayans remain fine with the incoming German migrants and are ready to welcome them, as long as they don’t carry any prejudice against the locals.

For Paraguay, this may actually be a desirable situation. Latin America can ultimately offer money in return for citizenship or refuge and alleviate its poverty-stricken population. However, for many Germans, there is a compulsion to travel thousands of miles to find the society they want to live in.