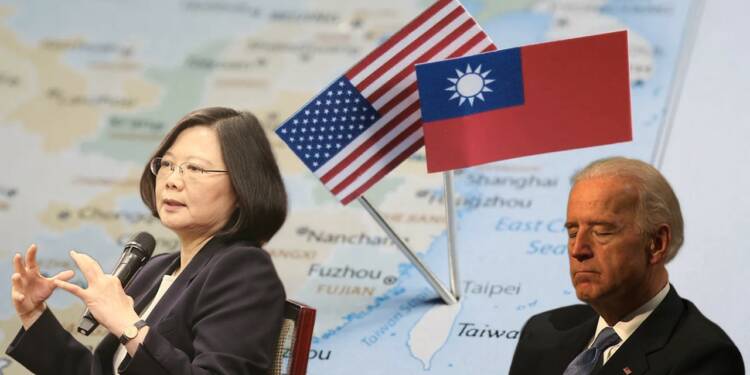 The recent actions of the United States have portrayed them as only focused on Russia. At least the last two months have been proof of that.  As a consequence, China has got emboldened in the Indo-Pacific region.

Moreover, allies in the region such as QUAD partners, India, Australia, and even Japan has started to feel the US has dumped them. Furthermore, US actions on Taiwan of delaying military aid or supplies have also created a major concern for the nation as China eyes to invade the region.

The USA is losing dominance in the region. So, it looks like now Sleepy Joe Biden has finally woken up. This surprise big move can bear many fruits for the United States and send a clear message to allies in the region that the USA is still active.

The USA has recognized Taiwan as an independent nation. The U.S. State Department last week changed the wording on its U.S.-Taiwan relations page. Furthermore, it deleted references to Taiwan as being part of China with a statement disavowing Taiwan’s independence.

This is a real major update, as till July 2021 the webpage stated the U.S. “does not support Taiwan independence.”

The State Department created a revamped version of the U.S.-Taiwan relations fact sheet. In this new version, ‘One China Policy’ has been diminished.

This does not immediately mean that these modifications represent a change in the U.S. ‘one China’ policy and stance on Taiwan’s sovereignty as the State Department is yet to respond to a request for comment on the fact sheet changes.

A negative image of Biden in the Indo-Pacific

A recent survey by Taiwan Public Opinion Foundation (TPOF) has indicated that the Biden administration has become highly unpopular among the Taiwanese. The survey revealed that a large portion of 56% of the Taiwanese believe the US would not come to defend Taiwan if China invade the island nation.

This is a major drop considering the fact that during the tenure of Donald Trump, the USA’s popularity was quite high. In his tenure, a global anti-China campaign was in motion; he built alliances focused on containing the rise of China; he unleashed a war on China’s economic warfare; he stood up to China’s belligerence in the South China Sea.

Under Biden, everything has turned into dust. Furthermore, he tried breaking alliances by inducting new members and sidelining old members. This created more rift between US and nations in the region.

Read More: Taiwanese are missing Trump more than the Americans

What does the sudden shift mean?

Well, the sudden shift in USA’s policy can have two possibilities. Firstly, this is for indicating to countries in the Indo-Pacific region that the USA is still active in the region and still considers China as a threat. Second, this has been done ahead of the mid-term election to lure voters to The United States.

We are pretty sure that Biden is not going to become anti-China anytime soon. This is just a temporary transition. In addition, shifting to Trump’s stance will raise concern in China and it has already objected to it.