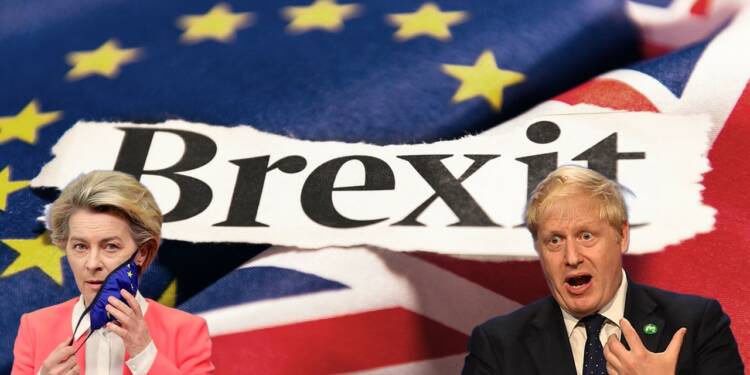 Forget Russia and Ukraine, it’s time for the world to see the UK and the EU go to a head-on clash, yet again. Bottlenecks in the Brexit trade treaty are believed to have ignited this fresh clash between the two parties.

EU and UK go into a trade war

The UK wants to rewrite some trade treaties of Brexit, related to the Northern Ireland region. However, the European Union says that Brexit trade treaties have become a part of international law, and they can’t be renegotiated.

UK, on the other hand, is threatening to scrap the treaties altogether if its concerns are not addressed. So, European Union is now saying that the tensions could very well escalate into a trade war between the two powers.

And given the EU’s resolve to punish the UK, it can be expected that the EU’s trade sanctions on the UK will be powerful enough to scuttle the British economy

Why are the two powers engaging in a tussle?

Before Brexit, such problems never existed since the UK itself was a part of the European Union. However, after Brexit, the EU required the incoming goods from the UK to go through standard and quality checks at the borders.

Now, under the Brexit trade treaty, to which the Boris Johnson government had previously agreed to, it was agreed that this quality check and paperwork would not take place at the Ireland-Northern Ireland border but at Irish ports in the Irish Sea instead.

This opposition by the unionists can also toss the region into the political abyss. Under Northern Ireland’s power-sharing government, the support of the pro-UK ‘The Democratic Unionists’ Party (DUP) is required to form a government in the UK-controlled territory.

So, London is under pressure from the DUP and other unionist elements in Northern Ireland. UK’s foreign secretary Liz Truss recently said the government would ‘not shy away from taking action’ if it can’t reach an agreement with the bloc. The EU warns that trade restrictions on the UK could be imposed in retaliation if the protocol is scrapped unilaterally.

EU chief Brexit official Maros Sefcovic said Tuesday that the bloc had ‘worked tirelessly to propose creative and durable solutions, showing flexibility on how the Protocol should be implemented.’ He warned that ‘the Protocol, as a cornerstone of the Withdrawal Agreement, is an international agreement. Its renegotiation is not an option. The European Union is united in this position.’

Read More: In your face European Union! The UK signs a bigger and better post-Brexit trade deal with Japan

Now, things become scary if we look at this from the prism of the ongoing Russia-Ukraine crisis. This trade dispute reflects the sorry state of Western unity and could provide Russia with a window of opportunity to bank upon these differences. Speaking of the European people, the cost of living could drastically go northwards.

A trade war between the EU and UK, at a time when the region is already faced with energy and food shortages, is the last thing Europeans would ever wish to take place. But since no one seems to budge in this ongoing showdown, escalation seems inevitable. And that’s really terrible for Europe.