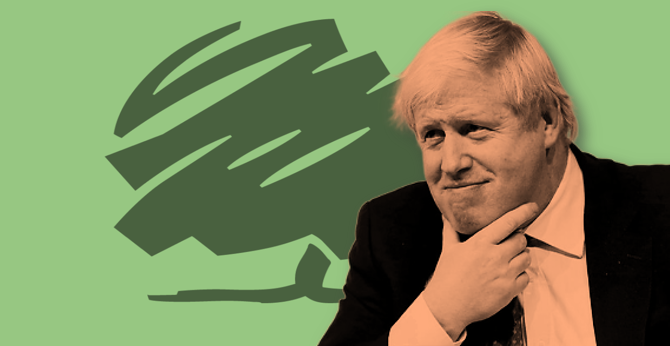 UK Prime Minister Boris Johnson has headed to Saudi Arabia, in a desperate bid to get the UAE and Saudi Arabia to step up oil production amidst rising crude oil prices due to the Ukraine crisis. Interestingly, Boris will meet Saudi crown prince Mohammed bin Salman (MBS) just days after Saudi Arabia executed 81 people in the largest imposition of the death penalty.

This is the first time a UK leader will meet MBS after the Jamal Khashoggi murder case. This shows how Boris Johnson has reduced the UK Tories into a laughing stock. He seems to be following Biden’s line relentlessly, has no foreign policy of his own, and is triggering the resurgence of the left in the UK with his erratic decisions.

Boris came to power with a lot of hope

When Boris came to power, he brought a lot of hope to the UK Tories. As the former UK Foreign Secretary, Boris is the one who had championed the ‘Global Britain’ narrative and seemed ready to take it forward as the UK Prime Minister.

And he did push through some bold decisions initially. He pushed through Brexit, which reflected Britain’s desire to pull out of the EU and draft a global leadership role for itself.

He had also proposed the D10, a future alliance of ten democratic countries to be led by the UK. And then, Boris was also looking set to improve UK’s ties with Indo-Pacific powers like Japan and India in a bid to revive his country’s declining global reputation.

But soon, it became clear that Boris has no policy of his own. Despite all the promise he showed initially, he is now reduced into a perfect poodle for Biden.

Of late, Boris has been simply following Biden’s lead. It started with his push to restart trade talks with China, even though China has clearly emerged as the single biggest threat to the British democracy.

Then, on the Ukraine crisis, Boris doesn’t seem to have an independent foreign policy of his own. He wants to speak tough in order to please Biden, but at the same time tries to avoid an out-and-out confrontation with Russia. This ends up embarrassing the UK before the world.

Only recently, Boris was found threatening UK soldiers that they will be court-martialled if they join Ukrainian resistance against Russian forces. He ended up contradicting UK Foreign Secretary Liz Truss, who promised to back Britons who go to Ukraine to fight against Russia.

And then, his decision to talk to MBS is the biggest embarrassment for UK Tories. He seems to be requesting the Arabs to step up oil production at the behest of the Biden administration. Suddenly, the entire propaganda about human rights violations has been thrown out of the window for the sake of keeping Biden in good humor.

Now, the UK Tories do face a tricky situation. The Conservatives are trailing behind the opposition Labour Party as per the latest opinion polls. Boris Johnson himself had dug deep into negative poll ratings. He is also facing backlash from Britons over recent controversies regarding the probe into donations to refurbish his official apartment and apparent COVID-19 protocol violations by his officials.

The political left in Britain and the Labor Party has no clear strategy for the UK. Still, they are going through a strong resurgence just because of Boris Johnson. Taking heed of the current dismal policy decisions, within the Conservative Party, there emanates a strong demand to make Rishi Sunak their new leader.