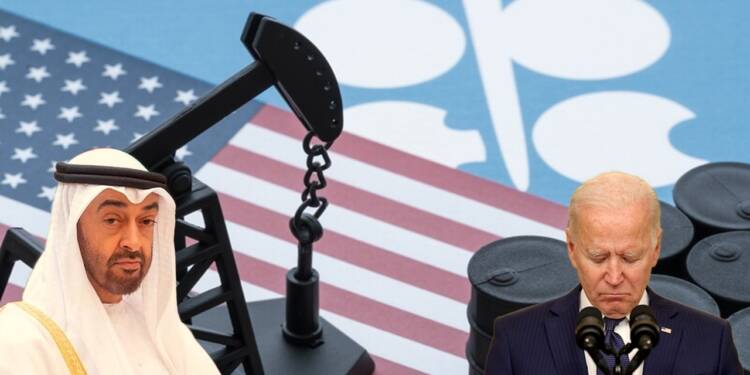 All arms of the U.S. government are coming together to rub Saudi Arabia and other Gulf countries the wrong way. The United States is picking up a completely avoidable and unnecessary fight with the Organization of Petroleum Exporting Countries or the OPEC. OPEC is an organization that controls oil production, supplies, and prices in the global market. It is led by the likes of Saudi Arabia and UAE and comprises of all major oil producers. Even though the United States has achieved oil independence due to Donald Trump’s policies that allowed for domestic oil production, OPEC still controls Washington’s fate in more ways than one.

You see, OPEC controls over 50 percent of the world’s oil supplies, and also holds 90 percent of the world’s known oil reserves. Rightfully, OPEC is referred to as an oil cartel around the world. OPEC can engineer oil price shocks by either increasing or decreasing its output whenever it fancies. In a utopian world, you would think OPEC’s monopoly must be dismantled immediately. However, would such an anti-OPEC campaign be feasible?

The U.S. Congress and the Biden administration seem to think so.

NOPEC bill would change U.S. antitrust law to revoke the sovereign immunity that has long protected OPEC and its national oil companies from lawsuits. Therefore, countries like Saudi Arabia, UAE, and other oil producers would be open to be sued by the office of the U.S. Attorney General.

Importantly, this is a phony bill aimed at empty tokenism. There is no way the courts of the United States can hold OPEC nations, especially the likes of Saudi Arabia and UAE accountable for price fluctuations in the oil markets.

OPEC is seeing what has been going on within the United States, and it is anything but impressed. UAE’s Energy Minister Suhail al-Mazrouei said on Tuesday that OPEC was being unfairly targeted over the energy crisis. He said, “If you hinder that system, you need to watch what you’re asking for because having a chaotic market you would see… a 200 percent or 300 percent increase in the prices that the world cannot handle.”

Separately, the UAE energy minister also said that the U.S. and its allies boycotting Russian oil was not a wise move. Mazrouei warned that the moves could lead to more upward pressure on prices beyond the scope of what OPEC could address.

People around the world are bearing the heat of heightened oil prices. Americans in particular are at the receiving end of massive price hikes for gasoline. Every trip to the gas station is turning out to be a painful odyssey.

Imagine a scenario where OPEC, in order to get back at the Biden administration and U.S. Congress, stops oil exports to America. As indicated by the UAE’s energy minister, that would send oil prices soaring, perhaps to 300 dollars a barrel.

OPEC meanwhile, could take similar action against the United States, and revoke Washington’s sovereign immunity in other sectors. Saudi Arabia, for one, has already threatened to rethink the petrodollar scheme. In 2019, Saudi Arabia threatened to sell its oil in currencies other than the dollar if Washington passed a version of the NOPEC bill. Doing so could lead to the US dollar crashing and losing its status as the world’s currency reserve.

In response to the NOPEC bill, OPEC could also increase its daily output to such a large extent that prices of a barrel plummet globally, leading to U.S. energy companies risking massive losses due to their inability to boost output to match the OPEC-triggered market situation. Already, Joe Biden as President has dealt severe blows to America’s domestic oil production industry.

The Biden administration is biting more than it can chew. It is rubbing OPEC the wrong way, and the oil cartel will surely strike back with all its might if its patience runs out.