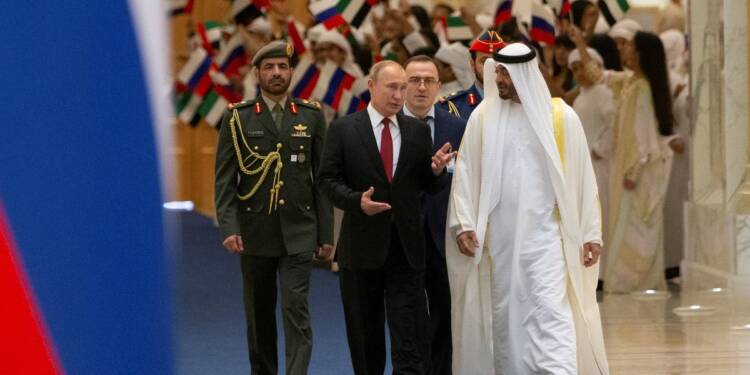 Last week, Saudi Arabia shocked Russia by doing something really unexpected! Forbes reported that Saudi Arabia could be secretly helping Europe wean away from its oil dependence on Russia. In simple words, Saudi Arabia was reportedly helping Europe break out of Russia’s energy trap and weaken Russia’s leverage against the European Union. It seems, these shady dealings by the Arab nation have not gone down well with the Russians. So, the Kremlin is now planning something big in Syria that could very well rub the Arab country the wrong way.

Various media reports suggest that Russia is now trying to thwart Arab countries’ cooperation with Syria and empower Iran instead. Russia was earlier spearheading the reconciliation efforts between Syria and the Arab bloc. It was also believed that Syria could be soon admitted back to the Arab league. However, Russia is now pushing Syria to go back to Iran and put its reconciliation efforts with Arab nations on the backburner.

That explains Syrian President Bashar Al-Assad’s recent surprise visit to Iran. On Sunday, Assad visited Iran where Iranian foreign minister Hossein Amirabdollahian told him that “after the Russia-Ukraine war, Iran’s priority is to strengthen its strategic partnership with Syria.”

So, what was his motive behind suddenly visiting Iran? What’s the significance of its timing? The answers to these questions lie not in Damascus but in Moscow. Syria is Russia’s close strategic partner, whose foreign policy is virtually controlled by the Kremlin. On the other hand, Iran is also considered a military ally and strategic partner of Russia. So, it is highly likely that Russia would have engineered this surprise visit of Assad to Iran.

His purpose of visiting Iran was to give Arab nations a stern message on behalf of Putin. The Arab bloc could lose Syria forever should it dare to poke Russia in the eye. Russia understands that Syria is vital to Middle East’s stability and security. They also need Syria on their side to contain Iran’s expansive network of proxies in the region. In the 1970s, then-US Secretary of State Henry Kissinger had commented that there could be no war with Israel without Egypt, but there could also be no peace without Syria.

No Syria No Peace?

So, without Syria, peace in the Arab region remains a distant dream. That’s why after expelling Syria from the Arab League back in November 2011, most of the Arab nations today want the country back in the group. Russia was so far acting as a mediator between Syria and Arab nations. Last year, Russian Foreign Minister Sergey Lavrov had revealed in a press conference with Saudi Foreign Minister Prince Faisal bin Farhan that they had agreed on Syria’s “return to the Arab family.”

But now, it seems that Russia could stop playing the role of a mediator here. Instead, it will now try to steer Syria towards Iran and create a uniformed front against the Arab bloc.

Now, the timing of this visit is also noteworthy! This surprise, rare and unannounced visit came hot on the heels of Saudi Arabia’s thaw with the US and Europe. It was reported by Wall Street Journal on May 3 that CIA director William Burns had made an unannounced trip to Saudi Arabia last month to meet with Crown Prince Mohammed bin Salman. The purpose of this visit was to mend the broken ties with the two nations following Biden’s spat with MBS on several issues relating to human rights. And then, Russia got to know about shady oil dealings between Saudi Arabia and Europe. So, this seems to have angered Vladimir Putin so much that now he’s withdrawing his country’s support from the rapprochement efforts between Syria and the Saudi-led Arab bloc.