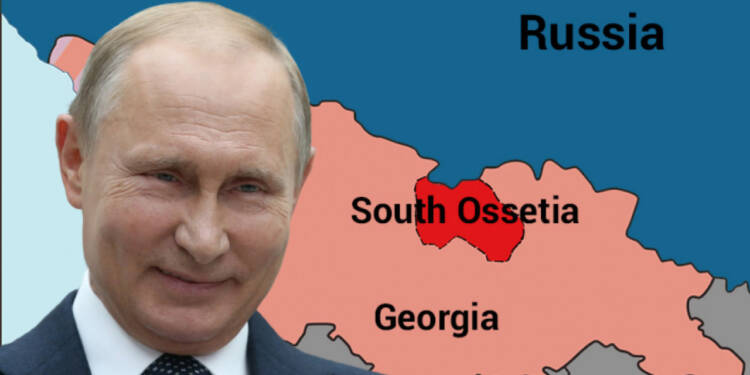 In 2008, Georgia and Russia were on the brink of full-scale war after Russian tanks rolled across the border to back separatists in the breakaway South Ossetia region. After which, the Kremlin recognized the territory as an independent state along with another separatist region like Abkhazia.

After 14 years, the power struggle in South Ossetia has become a toothache for Georgia, as it continues to generate issues for the Georgian government.

Now, Georgia appears to be in for a new headache soon because Russian separatists in South Ossetia may extend the borders of Russia officially without firing a single bullet.

Reportedly, Anatoly Bibilov has signed a decree on holding a referendum in the Republic of South Ossetia. The leader believes that the people of the region want to be part of Russia.

On his telegram group, Bibilov said, “We are coming home, The time has come to unite once and for all. South Ossetia and Russia will be together. This is the start of a big new story.”

So far, four regions have shown an interest in joining Russia. This is a major setback for the European Union, which was once embroiled in a dispute with Russia over South Ossetia in 2008.

The tussle of South Ossetia

North Ossetia is already a Russian territory. South Ossetia people, on the other hand, have reportedly expressed their dissatisfaction with the ‘frozen battle’ between Separatists and the Georgian military.

Going back in history, the Russian intervention in South Ossetia began after Georgia launched a major military offensive to retake control of South Ossetia, which had enjoyed de facto autonomy since the early 1990s but officially remained part of the country.

Read More: Despite skirmishes with Ukraine and UK’s naval horseplay, Russia stamps its authority on Crimea with a military town

When Russia entered the region, Georgian President Mikhail Saakashvili claimed that the two countries were officially at war. Furthermore, only Russia had acknowledged the country’s self-proclaimed independence.

The battle had ended in 5 days as it became so cruel that the US had no choice but to intervene and call for a ceasefire.

The pattern of the referendum is quite similar to Crimea. After Russia seized the Black Sea peninsula from Ukraine in 2014, a referendum was held on joining Russia and 97% were said to have voted in favor. Russia later annexed Crimea.

Because the bulk of the roughly 70,000 people residing in South Ossetia are ethnically distinct from Georgians, and many hold Russian passports, Russia is almost certain to take the region.

So on July 17th, the West will experience yet another facepalm moment when a substantial portion of Georgia joins the Russian federation.