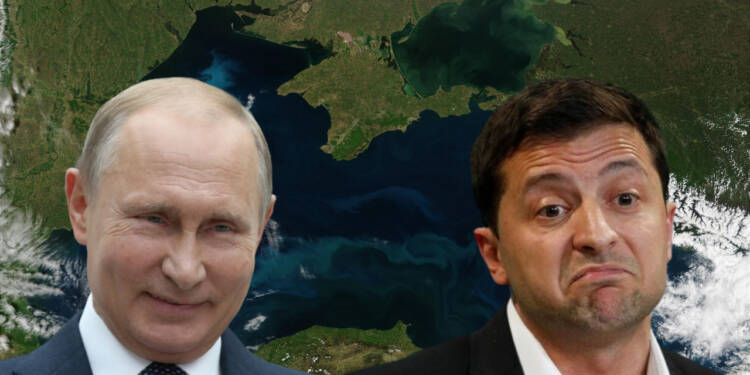 Russia is ensuring that it meets every single objective of the ongoing war in Ukraine to ensure a decisive victory. First, it secured the surrender of Mariupol by Ukraine and now it is cutting Ukraine from the Black Sea by moving its troops towards Transnistria.

So, what is this Transnistria region? How is it affecting the Ukraine war? And how will Russia turn the tide of the war against Ukraine by securing access to the strategically located region? Let’s find out.

Transnistria, a pro-Russia enclave sandwiched between Moldova and Ukraine

Transnistria is a breakaway province sandwiched between Ukraine and Moldova. It works as more of a territorial asset for Moscow being located in between two ex-Soviet States.

Transnistria is recognised internationally as a part of Moldova but is practically a self-ruled territory. It has its own flag, prints its own currency, and sings its own National Anthem.

Transnistria has a majority of Russian-speaking people and has close ties with Moscow since the Second World War. Today, Russia enjoys deep influence within the region. Transnistria gets billions of dollars in subsidies from its benefactors in Moscow. In return, Russia gets a strategic piece of friendly territory at the edge of the European Union. Moscow has at least 1,500 of its troops deployed in Transnistria which can help it open up a new front against Ukraine.

Access to Transnistria- the next possible goal for Putin’s Russia

Recently, a round of mysterious bombings and explosions have been reported in Transnistria. The breakaway region has disclosed that administrative buildings such as its state security headquarters have come under attack. Two radio towers and a military unit too are said to have been hit by the attacks.

Transnistrian Foreign Minister Vitaly Ignatiev told Interfax, “According to preliminary data, the traces of those who organised the attacks are leading to Ukraine.”

On the other hand, Kyiv says it has nothing to do with the mysterious bombings. Ukrainian President Volodymyr Zelenskyy has accused Russia of committing false flag attacks and using the bombings as a pretext for attacking Moldova. Meanwhile, the Russian media is blaming Ukraine for the recent bombings.

Be that as it may, we know for sure that Russia wants to create a land route cutting through Ukraine that would connect the Russian mainland to Transnistria.

A senior Russian commander, Major General Rustam Minnekayev, had said in April that Moscow’s objective was to take full control of southern Ukraine and the eastern Donbas region that would give Moscow unhindered access to Crimea and Transnistria.

Reducing Ukraine into a landlocked country

Now, if Russia actually ends up creating a land route, running through Southern Ukraine, it would mean that Kyiv will be practically cut off from the Black Sea and all its major ports. Russia would then start administering Ukraine’s Black Sea coast.

And the Ukrainian ports were amongst the major geopolitical goals for which Putin launched the ongoing military operations. So, Russia could effectively reduce Ukraine into a landlocked country.

Secondly, Russia wants to use the Transnistria ploy to divert and stretch Ukrainian troops. Presently, Russia has managed to take Mariupol and mount overwhelming pressure on Ukrainian troops in the Donbas region. However, Ukraine is still putting up a tough fight in Kharkiv. In fact, Kharkiv is being seen as Ukraine’s last stand.

Now, if Ukraine suddenly has the challenge to prevent itself from becoming a landlocked nation, it will have to divert some of its manpower away from Kharkiv. Eventually, Kharkiv too will fall due to depleted strength and this is what makes Russia’s Transnistria push a new turning point in the war.