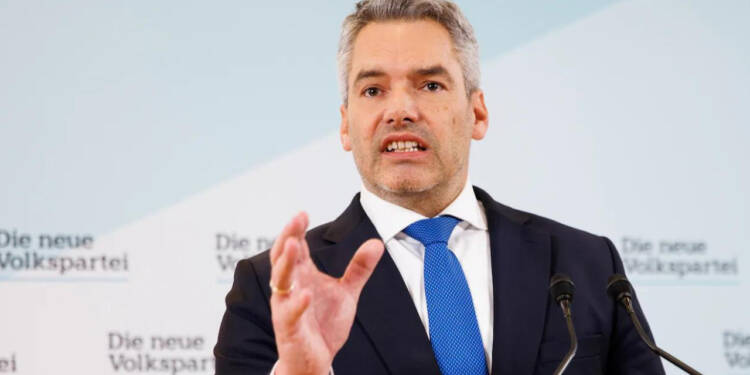 In 2020, the world witnessed Brexit happening. Other than the sovereignty issues, the economy, and anti-establishment politics, the loose immigration policies of the EU became one of the most important factors for Brexit.

The new European Union made it much easier for citizens of one country to migrate to another. And Britain’s foreign-born population skyrocketed after it joined.

And this is what became the core reason for Brexit to happen.

Ausexit on the lines of Brexit

And the same immigration issue could possibly lead to Ausexit from the EU.

Recently, Austria decided to extend police control at its border mainly bordering Slovenia. And Slovenia is dismayed over Austria’s decision.

“We very much regret this move,” Slovenian Ambassador to Austria Aleksander Geržina told the Austrian Press Agency (APA) this weekend, noting that crossing the border freely was very important for people and the businesses on both sides of the border.

Anyways, the EU has an open border policy and Austria is worried that its open border could possibly lead to illegal immigration, terror threats, and human trafficking.

“Illegal migration” is as much of a threat as climate change, the former chancellor of Austria, Sebastian Kurz, said in an interview with the Financial Times.

“It is important to protect our environment but it is also important to decide who will live in our country,” he said. ”If we do not fight against illegal migration, Europe will not be the same in five, 10, or 20 years.

Even the then Interior Minister and the present chancellor of Austria, Karl Nehammer, said that Austria will stop any migrants attempting to rush its border if measures to halt them in Greece and through the Balkans fail.

And now, despite a recent EU Court of Justice judgment that Austria’s basis for implementing border controls has been unsatisfactory since 2017, Austria has decided to expand police control at its borders, indicating that Austria would not sacrifice its security at any cost.

With this, Austria, enraged by the EU’s migrant-friendly policies, makes a strong case for ‘Ausexit’.

Also read: Germany, Austria and Hungary are dead against Ukraine joining the EU