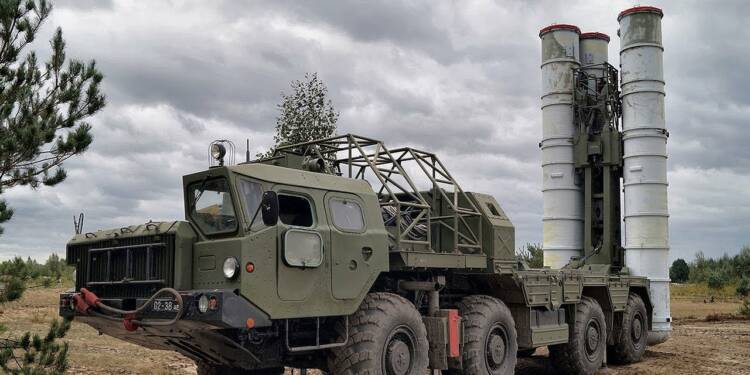 The US has been increasing its pressure on Israel in recent months, with an aim to push it to align against Russia in the Russia-Ukraine war. It was anticipated that if Israel does so, it could be the worst mistake Israel could ever make.

After which, relations between Russia and Israel started hitting the lowest points in years when the Russian foreign minister claimed Adolf Hitler had “Jewish blood,” which he used to justify calling Ukrainian President Volodymyr Zelensky a Nazi.

It was obvious that Russia wouldn’t keep its mouth shut for long. So, a big event has happened in Syria that marks a big shift in Israel-Russia relations. S-300 Missile System has attacked the Israeli Air Force in Syria for the very first time and it’s all over the media.

Reportedly, Russian forces have opened fire on Israeli jets with advanced S-300 anti-aircraft missiles at targets of IAF Jets in northwestern Syria last week. According to the reports, the unprecedented incident occurred on 13th May when the Israeli Air Force bombed several targets near the city of Masyaf in northwestern Syria.

This marks the first use of the S-300s against the IAF over Syria and it’s a worrying development for Israel as it has happened for the first time. So, this could be a Russian signal to Israel that it’s changing its policy.

And see, it’s quite sure that Russia was behind the attack because even if Syria has attacked through S-300. It is not possible without Russia’s allowance as Syria’s S-300 batteries are operated by the Russian military and cannot be fired without their approval.

Russia is a close ally of Syria’s Bashar Assad and his forces based and operating in Syria and it also maintains its own S-400 air defense systems to protect its own assets in Syria but has never turned them against Israeli planes. But, now it’s possible that Israel may also see the wrath of S-400 in Syria in the foreseeable future.

Ever since the Russia Ukraine war started, Israel has tried to stand neutral between Moscow and Kyiv. But afterward, Neftali Bennet became more critical of Russia as the allegations of the Bucha killings pointed toward Kremlin. Moreover, Israel got anguished with Russian leaders due to its ‘Hitler’ claim.

Israel and Russia have stayed together even having conflict over Syria. Russia backs Bashar-Al-Assad, but Israel gets out all guns blazing against his regime. Russia had provided the advanced S-300 air defense system to Syria’s military free of charge, transferring three battalions with eight launchers each to the Assad regime despite strenuous objections from Israel and the US.

Yet, Bennett and even Netanyahu have stated many times that Israel’s relationship with Russia is “strategic” in nature and notes the importance of the “intimate discourse” with the Russian military in Syria. So, this indeed could be a policy shift.

Israel had blasted Russia for standing against the West and it seemed clear that Russia would respond to Israel soon.

Despite Putin’s apology for Lavrov’s words, Israel’s anger over Russia did not subside. As a result, Putin could have utilized the S 300 to send a message to Jerusalem.