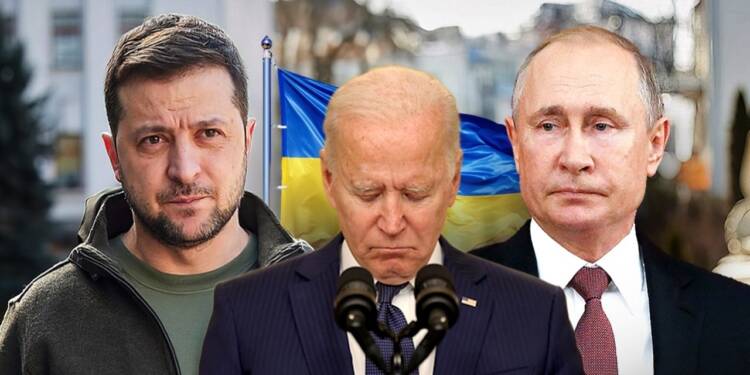 The ongoing war in Ukraine has led to unprecedented propaganda warfare. So, lies and speculations are flying around thick and fast. The US has told 10 specific lies to the world and Americans that must be called out.

1. Ukraine is a benign democracy

The Joe Biden administration admittedly has a problem with Putin. So, he wants to somehow strike panic about Russia’s actions. How do you do it? Well, you portray Ukraine as some sort of an angel that ought to be protected at any cost.

But is that actually true? Is Ukraine really some sort of a great democracy? Ukraine has its fair share of controversies too. The country has been known to include neo-Nazi fighters in its armed forces and to commit serious human rights violations in the Donbas region.

Similarly, Zelensky is known to have tortured and assassinated his political opponents.

2. The world opposes Russia over the ongoing war in Ukraine

The two most populous countries in the world- India and China, are not opposing Russia. Most of Africa is not condemning Russia. Similarly, Arabs and Southeast Asia too are not ready to ruin their relationship with Moscow over the ongoing war.

Who opposes Russia? Well, traditional US allies like Japan and Australia. Even the European Union seems to be getting ambivalent and never goes beyond token criticism amidst the ongoing war. It has also refused to stop buying Russian oil and gas. So, the claim that the world is opposing Russia is just another lie that the US is telling you.

3. Putin is a war criminal

The US keeps using derogatory adjectives for Putin. Now, it has started to describe the Russian President as a war criminal.

Now, if Putin is a war criminal for waging a military operation in Ukraine, then several former US Presidents too would qualify as war criminals for launching bombing campaigns in Vietnam, Afghanistan, Iraq, and Syria.

Putin isn’t a war criminal. He hasn’t been declared as such by any formal institution. So, let’s call out this lie too.

4. Putin will use illegitimate weapons

Putin will launch a nuclear war and the Ukraine war brings us closer to breaching the nuclear threshold. This is what you read in American media reports.

To set the record straight, Russia hasn’t made a nuclear threat. It says that if its existence is threatened, it will use nuclear weapons. The policy is similar to the American nuclear policy. So, another lie about the Ukraine war just got nailed.

5. Russia will use banned weapons

When you cannot mobilize opinion against your enemy, you start defaming it. This is what the US is doing. After failing to isolate it, the US started saying that Russia will resort to chemical and biological warfare.

Now, there is no prior incident of Russia deploying illegitimate weapons. Rather, there is evidence of the US backing plans to launch chemical warfare as a part of false-flag operations against Moscow.

The main allegation being leveled against Putin is that Russia is violating the rules of engagement and killing civilians.

But there is no evidence of Russian forces targeting residential and civilian areas on purpose. Only a few missiles have been fired at Kyiv and Bucha killings too have been alleged to be a false flag operation.

7. Putin is a threat to NATO

It is being relentlessly alleged that Putin is a warmonger who really plans to spread Russia westwards and pose a threat to NATO countries in the region.

The US is happy to destabilize the region and create panic. However, the purpose of Russia’s invasion was just to avoid the westward expansion of NATO. And the Westward expansion was caused by the Biden administration’s insistence on not keeping Kyiv away from NATO.

What you read in media reports and statements by American politicians is the claim that Ukraine’s sovereignty is paramount and therefore Moscow’s invasion is opposed to international peace and security.

Alright, but does the US itself follow this principle? If national security is paramount, how did the American forces invade Iraq and how did it intervene in countries like Libya and Syria in the past?

9. Putin may have to step down

There’s another bizarre claim that’s coming out of the American media. The US media keeps speculating that Putin may be suffering from a serious illness and that his colleagues could be planning a coup against him.

Then there are also claims that Putin could be facing inner opposition over the war. But in reality, Putin remains popular within his country. The two largest parties in Russia support him and there is no government or private agency that seems to be uncomfortable with the Russian President.

There is a lot of unverified information and ambiguity over the ongoing war in Ukraine. The US has been trying to capitalize on it and has been claiming that Russia has registered heavy losses due to fierce resistance by Ukraine.

However, Russia has been achieving one objective after the other in the ongoing war. Had Ukraine resisted the Russians, it would have surely been able to find some evidence to support the claims. That’s just another lie floating around.

Read more: US and Ukraine have no answers to Russia’s 3B strategy in Ukraine

You cannot trust anyone regarding the causes, effects, and consequences of the ongoing war and specially when it comes to the US, everything seems to be driven by propaganda.