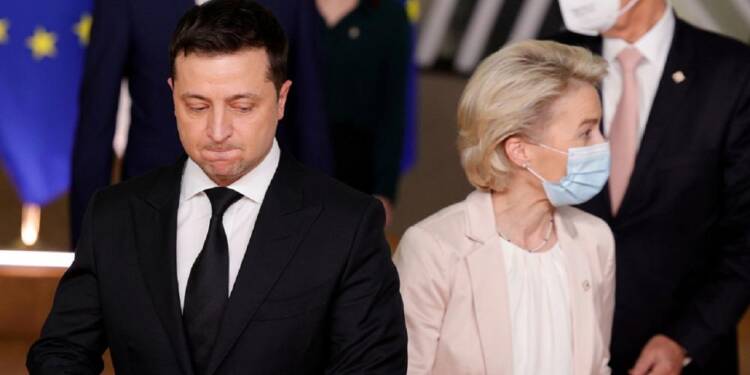 EU desperately wants to get control of Ukrainian grain reserves. Europe’s food security is in shambles, and only Ukraine has the means to satisfy its food appetite. So, the EU last week announced a detailed plan to establish alternative logistics routes using all relevant transport modes to import 40 million tonnes of grain currently stuck in storage in Ukraine. EU’s demand to the battle-stricken nation is that it should export five million tons of grain per month to avoid threats to global food security.

Euractiv reported that under this said plan, EU proposed to include additional freight rolling stock, vessels, and lorries, as well as to prioritize Ukrainian agricultural export shipments on borders. EU also planned to optimize customs operations and other inspections and stressed more capacity for the temporary storage of Ukrainian exports on the territory of the EU.

This plan showed how desperate the EU is to import grains from the war-torn country to mitigate its food crisis. But the plan hit an unexpected roadblock on Tuesday. It turned out that Ukraine itself was creating hurdles for EU. Leave alone supporting the proposal, Ukrainian lawmaker Larysa Bilozir condemned it citing threats to its ports.

The Ukrainian leader told the European Parliament on Tuesday that EU’s proposal would not “help substantially in significantly increases exports […] without deblocking southern Ukrainian ports or rerouting through Baltic ports.” Bilozir further said, “At best, we will export not one but two million tonnes of grain per month when we need six million tonnes.”

It’s true that Ukrainian ports are currently non-operational, and thus unfit for facilitating food export to the EU, but EU is stressing to use land routes between Poland and Ukraine, and Romania and Ukraine. Poland’s Deputy Prime Minister and Agriculture Minister Henryk Kowalczyk said that “it is probably impossible to transport 4-5 million tons of grain per month through Poland, but if we could help export 1-2 million tons of grain — it would already be a big success”. EU is also planning to introduce more trading hubs and custom points on the Ukraine-Romania border to import grain. This will help shore up Ukraine’s food exports, thus strengthening the Ukrainian economy. However, the Zelensky administration is hardly concerned.

The fact of the matter is that Ukraine now wants to pile misery on Europe to make it feel the heat of the war. It is using food diplomacy to exacerbate the food crisis in Europe to mount pressure on European capitals. Only last week, it was reported that Ukraine had partially blocked Europe’s access to Russian gas supplies by invoking some emergency measures.

For the unaware, Russia is now trying to capture the coastal area of Ukraine and create a land corridor between the Russian mainland to Transnistria in Moldova, thus turning Ukraine into a landlocked country. Now, Ukraine wants to make Europe realize that a landlocked Ukraine would be catastrophic for Europe’s food security. So, after gas blackmailing, Ukraine is now food blackmailing Europe to help it fight out the invading Russian forces. The message from Ukraine to Europe is loud and clear—Give us money, give us weapons, help us fight this war, and then we will help Europe mitigate its hunger.