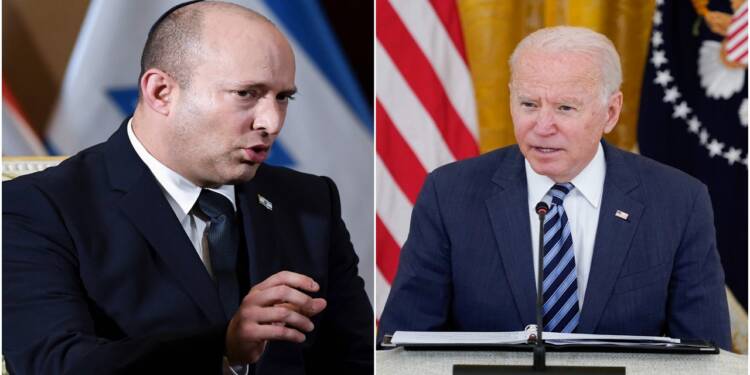 In 2020, a wave of shudder passed through the clerical circle in Tehran when news came out about the passing of the much-revered military officer in the Islamic revolutionary guard corps, Qasem Soleimani. In the freezing morning temperatures, a week after, the supreme leader of Iran, Ayatollah Khamenei cried uncontrollably during the funeral procession of Soleimani where thousands were seen clutching portraits of the slain leader in the streets of Tehran.

The tough etiquette that the Ayatollah possessed made it impossible for anyone to get into the fact that the 83-year-old could cry, that too in public view. Right after the flag-draped casket got lifted, the Ayatollah gained composure and called for vengeance against the United States. The media houses across the world then ran amok pinning for a war between Washington and Tehran.

Even though the design for the war was set, nothing happened then. Moreover, Tehran can’t go straight into a conflict and seek glory with Donald trump on the other side. Minding the setbacks, it could lead, Iran went pragmatic with no offense but has been keeping its composure looking for a wiggle room to seek vengeance against the killing.

Straight to now, another senior member of the IRGC has been killed by five gunshots by two assailants on a motorcycle, who managed to do this operation with ease. It also brings into light the easily penetrable security shield that Iran boasts about.

Hassan Sayyad Khodaei, identified as the colonel of the Quds force was returning home on Sunday afternoon when he was caught straight into this ambush. He was touted by the IRGC as the defender of the shrine, a term used for anyone who works on behalf of Iran in Syria. Khodaei was deputy head of the so-called Unit 840, a shadowy division within the Iranian Revolutionary Guard Corps’s expeditionary Quds Force that carries out kidnappings and assassinations of figures outside of Iran, including against Israelis.

But digressing from its usual self, Iran didn’t go blaming the highly suspected Israel or the United States. Rather the power circles in Tehran went on to put tacit blame on the “global arrogance”, a term commonly used by Iran to describe the United States and its allies.

The United States is known as a country that enjoys the real joy of being in a war. How the matters got running in Iran alerted the very ounce of their spirit. So, the US counterparts wasted no time in leaking confidential data to the New York times stating how Israel is involved in the Sunday killing of the IRGC general in Tehran.

An infuriated Israel took up notice of this issue to warn that such incidents may dampen the smoothly running ties between Washington and Tel Aviv. “We have very many close relationships and a lot of cooperation between us, which all depend on trust, and when it is violated in some way then it damages future cooperation,” MK Ram Ben Barak, who heads the Foreign Affairs and Defense Committee opined.

The leaked claims have invigorated frisson in Israel, with an irate Iran started giving out threatening statements against Tel Aviv.

“We swear that we will take revenge tenfold from the Zionist regime, from the US and enemies with strength,” an IRGC senior told the crowds that had gathered in the capital city on Tuesday to mourn Khodaei.

The politicking behind this leaked story is more kind of a warning signal aimed at Israel for its lack of support for the western power blocs in the Ukraine war. The United States made most of the eastern European war to rope in Israel by their side but to no avail. The latest is Israel rejecting military assistance to Ukraine. After all, the seeds of discord have been laid by the US and it’s believed that Iran may not stay quiet this time.