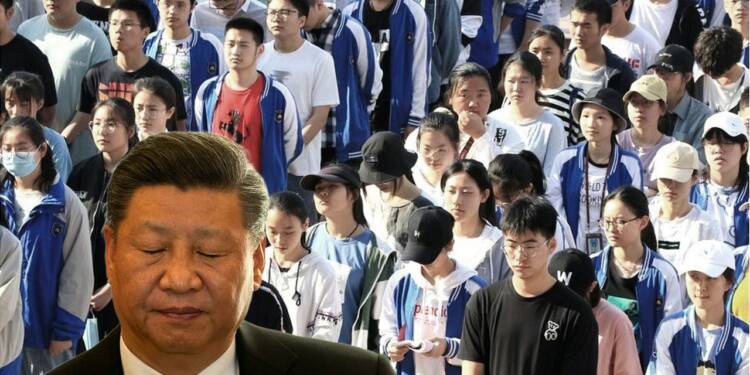 The Chinese catchphrase “the dead pig is not afraid of boiling water” refers to the fact that the dead have no fear of anything. In China, immersing pork in boiling water before cooking is a must. If the pig is still alive, it will scream and struggle. But, it won’t even flinch if it is dead.

This is currently the condition of the youth in CCP-ruled China. They are so fed up with the CCP’s policies and machinery that they have even stopped bothering about the authoritative actions. The revolt and anger are expressed nowadays without any fear of CCP.

In one of his recent addresses, Chinese President Xi Jinping encouraged the country’s youth to develop “great ideas” and integrate their personal aspirations into the “larger picture” of the Chinese nation, as China’s hope resides in youth.

However, on China’s internet, many young civilians have asserted claim that their “ideals” are just unattainable and that many of them have given up trying for CCP’s China. Chinese Social media Weibo is flooded with such messages. 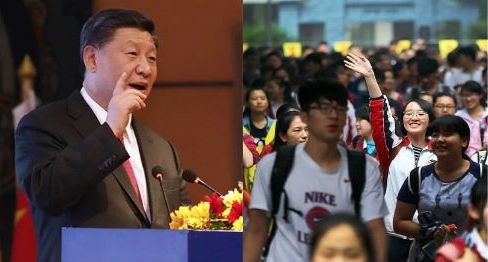 Frustrated by the mounting uncertainties and lack of economic opportunities as a result of CCP’s tyrannical decisions, youth on Weibo have resorted to the use of a new buzzword – Bai Lan, a Chinese phrase meaning let it rot in English.

Bai Lan has its origin in NBA games and it means a voluntary retreat from pursuing certain goals because one has a feeling that achieving is simply too difficult to achieve.

Now, on Weibo, the Bai Lan-related topics have generated hundreds of millions of threads and discussions since Jinping’s address aired back in March. Netizens also created different variations of the bai lan attitude.

For instance, using Bai Lan, people from Shanghai are writing, “Properties in Shanghai too expensive? Fine, I’ll just rent all my life, as I can’t afford it if I only earn a monthly salary anyway,”

This new phrase is competing with an older catchphrase ‘tang ping’ (lying flat, 躺平), which was meant for giving up competition and obtaining a low desire life.  Also, It is close to other Chinese phrases, for example ‘to smash a cracked pot’ and ‘dead pigs are not afraid of boiling water’.

It’s impossible for the CCP to not remove the anti-establishment content and start with the damage control.

Chinese State media have taken the note of this trend and has blamed it on auto-suggestion.  A recent article in one official state-sponsored media outlet stated, “In fact, this is as a result of negative auto-suggestion, repeatedly telling oneself I cannot make it. And this kind of mentality often leads people to adopt the ‘bai lan’ attitude.”

Sal Hang, a 29-year-old creative industry professional in Beijing has mentioned that after a lot of use of a keyword, auto suggestions are generated, and this is proven. The real reason is that in today’s China, a lack of social mobility and growing insecurity are likely to be the source of this mindset of letting the generation of young Chinese use ‘Bai Lan’.

In the past few months, hundreds of millions of Chinese people were locked into their homes due to Covid lockdowns, the world’s second-largest economy also found itself struggling to boost growth. It is very much possible that these incidents have led to ‘ Bai Lan’ discernment on Weibo.

As a result, online revolts on Weibo are becoming increasingly common. These well-known catchphrases express a common social emotion of the day. People who use them aren’t just expressing themselves; they’re also looking for a connection with others who share their feelings.

In today’s China, the sense of hopelessness among the young is booming due to CCP’s tyrannical decisions and autocratic regime. Shrinking economic opportunities and crackdowns on Xi’s opposers have made people worry about their future.