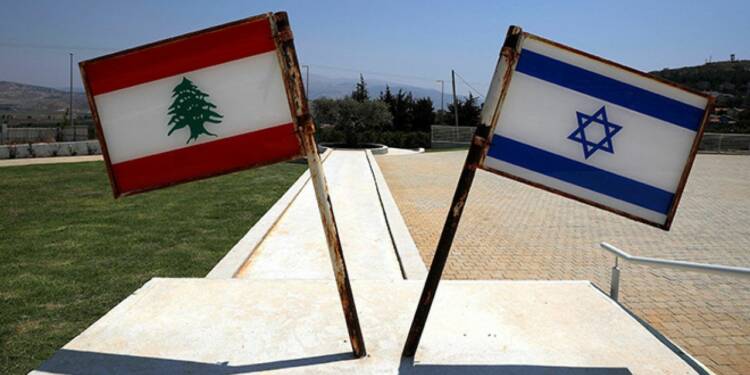 Israel is bordered by Lebanon to the north, the same country that is believed to be the heart of planet Earth. But the recent spate of events must have for sure hammered an ache into the same heart of the planet Earth. The dispute between Israel and Lebanon over the two nations’ maritime borders, which had been dormant for more than a decade, has marked a revival and this has shaken the Lebanese government.

Of late, Israel’s maritime dispute over Lebanon’s claimed waters is making designs of an impending clash between the two rival nations. It all started when an Israeli ship operated by a gas exploration company Energean started drilling in an area that Lebanon claims is theirs.

The arrival of the ship was known long in advance, and Israel had notified the Lebanese government through third parties about its intention to start drilling, Israeli officials told Axios.

Read more: Is Hezbollah nearing its end in Lebanon?

Now, Israel considers the region within its UN-recognized exclusive economic zone. Lebanon’s prime minister Najib Mikati, however, opined about the issue as “an invasion of Lebanon’s natural resources”. But the big part of the statement was not just to get attention, rather it was more intended to serve as a Mayday for an imminent war between the two sides.

But the first week of May opened new chapters of polity in the nation with the Christian party in Lebanon orchestrating a move that saw the Hezbollah and its major Shiite allies losing the majority, thus giving nightmares about losing grip of the long-held power at the Majlis Al-Nuwwab in Beirut.

Despite the apparent setback, Hezbollah and its main Shiite ally, the Amal group were able to retain the 27 seats, but it was for sure at a cost. The tectonic shift that took place within the ‘Paris of the Middle- East” was kind of alien to the Hezbollah’s ruling there for a good 30 years and more.

A blessing in disguise for Hezbollah

With the political shifts apparently dislodging the Hezbollah from the old throne of dominance that they lived through, any iterations of a similar sort in the coming elections will challenge the existence of Hezbollah on Lebanon soil. But the brighter side is that at least for now they can pull strings in the governing matters even while treading a close line with a fine margin in the majority.

The political influence is waning fast from Hezbollah’s grip and the fear has even reached the power circles in Tehran. So, to curb the election fracas, it is in need of the militant Hezbollah and its Iranian backers to stage a war of huge proportion to incite nationalist emotions within the masses. Why search for a rival when you have the best contender living next door, the arch-rivals, the Semitics?

The fresh tensions that ensued following the drubbing that Hezbollah received at the elections serve as a silver lining for the Shia Islamist militant group. It is no surprise that the militants may solicit a war with the backing from Iranians to return to the halcyon days of the past. But before getting saddled up for war, Lebanon should remember the words of former PM Benjamin Netanyahu “Ours is not a war, but a common battle against enemies of Mankind.”