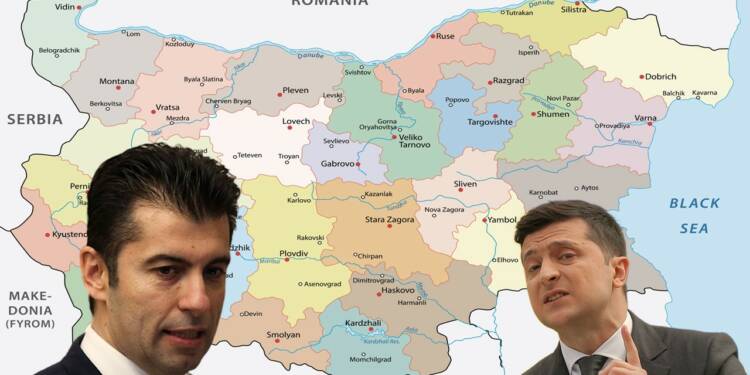 We anticipated that Bulgaria may choose to actively cooperate with the EU in supporting Ukraine and sanctioning Russia, and in doing this, Bulgaria is going to suffer. This is exactly what’s happening in Sofia right now.

The European Commission has already stated that the inflation rate in Bulgaria will reach 11.9% in 2022, which for a developing European nation is certainly not good news. The political instability has also added to the misery of the Bulgarian Prime Minister.

Prime Minister Kiril Petkov has lost the majority after three ministers and 12 lawmakers from its coalition partner ITP including the Diplomatic Chief Teodora Genchovska, have withdrawn from the government.

The withdrawal of ITP, one of the four coalition parties threatens to destabilize the centrist government. This has increased the chances of Bulgaria being pushed into a state of ‘political instability’ again. ITP members’ withdrawal means that Petkov’s coalition government is now 12 lawmakers short of the 121 needed for an absolute majority.

Announcing the withdrawal on Facebook, the ITP leader Slavi Trifonov accused the Bulgarian Prime Minister of leading the country toward bankruptcy by raising new debt and proposing to revise the state budget. In addition, Trifinov has also claimed that the Bulgarian Prime Minister had ignored Bulgaria’s national interests by making concessions to neighboring North Macedonia.

Kiril Petkov was sworn back in December 2021, ending the long instability in the region. He was appointed as Bulgarian Prime Minister when three consecutive parliamentary elections in 2021 failed to appoint a government.

Petkov says that he will move forward with a minority government after losing his parliamentary majority, but the question is, for how long?

Read More: Bulgarians and Japanese are fed up of ‘lawless’ Ukrainian refugees

Another such coalition partner The Bulgarian Socialist Party, (BSP) had earlier threatened to leave the country’s coalition government if Sofia were to send weapons to Ukraine. Similar was the case with the ITP.However, after serious tensions in the ruling coalition government for over one month, the parliament eventually decided to help Ukraine with weapons, giving the government the mandate to provide military-technical assistance to Kyiv.

The relations between Petkov and ITP were already tensed since an attempt to appoint a senior ITP member as central bank chief failed. The government also approved a revision of the 2022 budget bill disregarding ITP’s demands for more funds for the construction companies, making the relations more troublesome.

Even before the war, the country had been struggling economically due to the skyrocketing inflation, particularly the energy prices. Things totally got out of hand when Bulgaria refused to pay Russia in Rubles leaving it scrambling for alternative gas sources in April.

Read More: Bulgarians rise against their government as Putin turns their gas taps off

Kiril Petkov has lost his majority in the National Assembly due to his relentless support for Ukraine, while pushing aside the national issues like poverty and inflation. Though, Petkov is optimistic that his centrist PP and its two remaining coalition allies will be able to lead Bulgaria, it looks like the coalition may not last long.