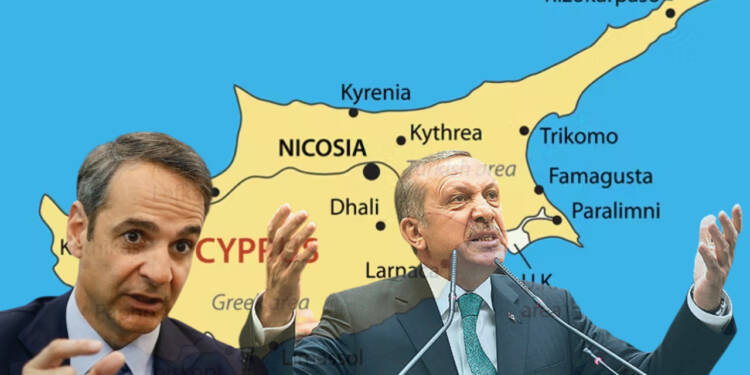 If the current situation persists, gas supplies can run out very soon in Europe. Wherever the Bloc is trying to secure supplies, it has been observed that the gas supply is somehow linked to Russia. What it means for Europe is Russia is its only refuge.

However, there is an untouched reserve of the European Union, which possibly may have enough gas to run the EU without any hassle.

This area is the Mediterranean waters of Cyprus. The EU can easily set up a gas plant, drill the sea bed, and its gas supply issues are fixed forever. Then what’s bothering the EU to leave the area untouched? The answer is a long-drawn conflict between Turkey and Greece.

History of the Cyprus Waters

A decades-old conflict between Turkey, Cyprus and Greece since Turkey’s 1974 invasion of Cyprus is the reason why EU’s efforts to explore and extract any natural gas lying beneath the Mediterranean Sea are suffering a hindrance.

Following Turkey’s invasion of Cyprus, the island was divided into two parts: a Turkish Cypriot North (which only Turkey recognizes) and Greek Cypriot South (known as the Republic of Cyprus in the EU). As a result, both the parties get indulged in a proxy war with each other whenever it comes to water disputes. So, the EU avoids getting into these kinds of conflicts.

The EU had discovered a big oil reserve in these waters, back in 2011, and for this, it had also started licensing to pipe out the gas. But, Turkey’s objection to the process led the Bloc to step back from piping out the gas. The area is still untouched.

Turkey asserted that Cyprus must abstain from any action in these waters, later on, Turkey deployed its own exploration vessels and also flanked the area by warships.

Then in 2019,  EU lashed out at Turkey over an attempt to drill out gas from these waters. The bloc imposed sanctions on Ankara for unauthorized drilling off the Cyprus coast.

However, when the Russia-Ukraine war started, the chances that, finally EU and Turkey will drill out gas together in a move to reduce the Russian influence were at an all-time high. Even, Greek Prime Minister Kyriakos Mitsotakis and Turkish President Recep Tayyip Erdoğan held a meeting, fueling anticipation that a consensus may be settled.

But, everything is now back to square one as Turkey and Greece are into a proxy war again. The Turkish President Erdoğan has cut off ties with Mitsotakis and Greek authorities have placed their forces on high alert, citing Turkish threats.

For Turkey, all that matters is money. If an oil extraction takes place in the area, Turkey wants a cut from the profits. In addition, Turkey also wants to ensure the benefits flow to the Turkish Cypriot community.

The constant tensions in the region are also discerning energy companies from continued investment and exploration of the area. This is reeling Cyprus into a loss.

The Cypriots already put the blame on Ankara, claiming that Turkey has shown no willingness to address the energy issue or the bigger issue of discussions with the other half of the island before the 2023 elections.

In addition, Greece, Turkey, and Cyprus will all hold elections by 2023 and elections have always been a time when abuses are at at all-time high. The foul-mouthed Erdogan is also eyeing another term, despite the fact that his country is already in shambles. Erdogan will definitely play a war of words with EU over the gas drilling issue, making the matter even worse.

Read More: Turkey may not have money, but it does have a plan

15 years ago, Cyprus announced its first licensing round, and 11 years ago, the first big gas field off the island was discovered, but now it’s again an idle area. No gas is being piped out and no decision has been made on how it could be combined with other reserves in the region and shipped to the rest of Europe. The struggle for the Bloc continues.