Turkey may not have money, but it does have a plan 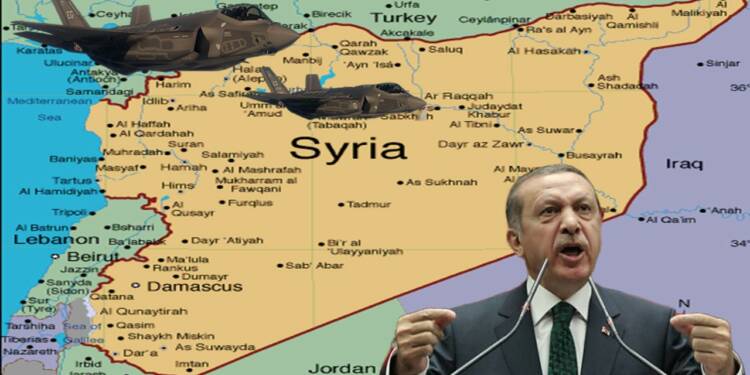 In recent times, no country has got isolated or baffled like Turkey. Be it for the downfall of the Lira or the mediator role in the Ukraine war that ended up not being tactful, Ankara got further dragged into the abyss of destruction for the perfidies committed by its top leader and wannabe Khalifa, Recep Tayyip Erdogan.

Even after the untoward drubbings from the global stage, Erdogan is still preserving the same old poise of arrogance with every decision of his. The latest of his endeavours saw the president threatening a new military operation in Syria to secure the Turkish southern border.

The news went afloat the last week since the US made a tectonic shift in its policy with the removal of Caesar sanctions imposed on the northern province of Syria, giving much leeway for the YPG forces to widen its clout that is considered as Turkish last forte in Syrian soil.

Ankara went blue with the US decision that would see an empowered YPG force, ironically listed as a terrorist organisation by the same US. “We will soon take new steps regarding the incomplete portions of the project we started on the 30-km deep safe zone we established along our southern border,” Erdogan said.

Moreover, the Syrian push from Erdogan is only just one side of a coin with the other side offering Turkey playing its offensive playbook with impunity. Albeit getting the burns for miring in the Ukraine war, Turkey unlike no other country, made use of the eastern European war as a bargaining chip to meet its gargantuan needs. And by large, Ankara has been successful in its attempts.

Erdogan placed a roadblock on NATO’s plan on widening its family with the inclusion of Nordic countries like Finland and Sweden. The sudden volte-face from Ankara was viewed as a reflection of how the kremlin wants Turkey to behave. Combining the happenings, many credited it to Moscow for pulling strings with Turkey. But the sudden torsion behind Erdogan’s move has intentions far beyond kremlins purview.

Turkey accuses the two Nordic nations of harbouring members of the Kurdistan Workers’ Party (PKK), a group it views as a terrorist organisation, and followers of Fethullah Gulen, who Ankara accuses of orchestrating a 2016 coup attempt.

Turkey’s No to NATO

Sweden called a halt to its sales of arms to Turkey three years ago following the latter’s brutal gameplan in the Syrian land. Turkey is weighing up this movement by going against the NATO plans and it elicits no surprise that NATO is feeling the heat. Even though garnering a name for being a rogue regime, Turkey stands within NATO’s interest as the middle east nation if locked in a pact with an already cruising Russia, will ensure that NATO and Europe go disoriented beyond repair.

Turkey struck the best of its deal with the west, as the US finally succumbed to Ankara’s frantic request for F-35 stealth fighter jets. Turkey for long salivated for the most lethal weapon in the US arsenal only to end up in setback after it purchased S-400 from Russia.

Interestingly, Greece elevated its position as a nemesis-in-chief of Turkey with the prime minister Kyriakos Mitsotakis meeting US president Joe Biden and starting procedures to land F-35 stealth fighter jets in Athens before it lands in Ankara.

The Greek overture didn’t go well with Erdogan who lamented saying “He no longer exists for me. I will never agree to meet with him. We will continue our way with honourable politicians. He had a visit to the US and talked at the Congress and warned them not to give F-16s to us,”

Maritime boundaries, airspace, ethnically split Cyprus and a slew of other issues glides through the animosity held between both Ankara and Athens. Turkey on its part is straddling a blackmailing spree with the world powers over its stand on the Ukraine war. Syria, Greece, Iraqi Kurdistan, and F-35 are just a last-ditch effort of Erdogan to profiteer from the interminable war in eastern Europe. Even though having an economy that is teetering on the edge, one can’t let go without appreciating the fact that Turkey still has a plan.

After losing the Ukraine war, NATO squarely blames the EU