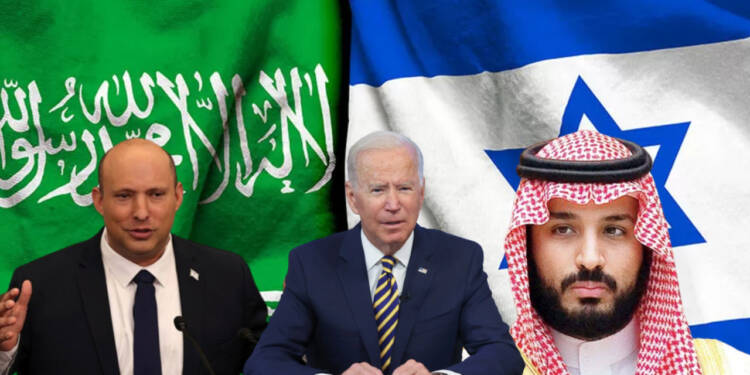 The President of The United States Joe Biden is finally heading to Saudi Arabia after demeaning them for two years. The US has also demeaned Israel with similar tactics. The United States vehemently criticized Israel for the first time in years for its settlements on the ‘West Bank’, a move that was never done for years.

Joe Biden left no stone unturned in the last few years to throw away the oldest allies of the United States. But, Karma hits back, the USA is now under so much scrutiny from the world that it has started running back to its former allies. As the US wants to tackle increasing oil prices and Saudi has oil, the USA also needs Israel to continue its strategic dominance in the Middle East.

So, it’s happening. Joe Biden has decided to come out of the White House and travel to Saudi Arabia, whereas, with a side mission to impress Israel too.

Closing up with Israel and Saudi

The White House has announced that Joe Biden will be travelling to Saudi Arabia to meet Mohammed Bin Salman (MBS) in July. The US officials have said that Biden needs Saudi Arabia to work on a number of global challenges, including rising oil prices and the Iran nuclear crisis, making the relationship too critical to abandon.

But, a surprise announcement also came along with this. Joe Biden will be making a stop along the route, and that stop will be in Israel. Sleepy Joe’s visit to Saudi Arabia will also address Israel’s national security.

The economic blunders inside the United States have pushed average national gasoline prices to $5 a gallon.

Sleepy Joe is actually trying to pull a new partnership between Saudi and Israel. He stressed that “The commitments from the Saudis don’t relate to anything having to do with energy. It happens to be a larger meeting taking place in Saudi Arabia. That’s the reason I’m going. And it has to do with national security for them — for Israelis.”

So, what could be possibly happening? Biden may try to pull a new Abraham accord. In 2020, Former President of the United States, Donald Trump made a historical move by making Israel and UAE sign the Abraham accords, marking a long haul end to the dispute of recognition.

Read More: “Who leaked the secret info?” Israel is furious at Biden administration for backstabbing it

If Biden is willing to pull a new accord for his personal gains, the move will fail drastically. Saudi Arabia and Israel have remained sworn enemies of each other. The two countries have never established diplomatic relations.

In 1947, Saudi Arabia voted against the United Nations Partition Plan for Palestine, which aimed to split the territory of British Palestine into an Arab state and a Jewish state. Saudi Arabia has not recognized Israel since the latter’s independence in 1948 due to the Arab–Israeli conflict.

Till now, the nations share different opinions. The explanation of how exactly sleepy joe will push the two together will remain a mystery.

Also, these two nations have become sceptical of relations with the USA, especially under the Biden administration.

Israel has recently started to swift away from Dollar hegemony and incline toward China. Israel’s attitude toward China is the same as that of the rest of the world, yet the global de-dollarisation trend has forced Israel to look for alternatives. Whereas, the case of Saudi and US relations is now world known.

Read More: Israel sees a philosophical shift with its endorsement of Yuan

Biden is now going the extra mile in a push to appeal to Saudi Arabia and Israel. But, how will it help in the long term? Another reason that may have led Sleepy Joe to this move is to appease Jews residing in the USA ahead of his midterm elections.