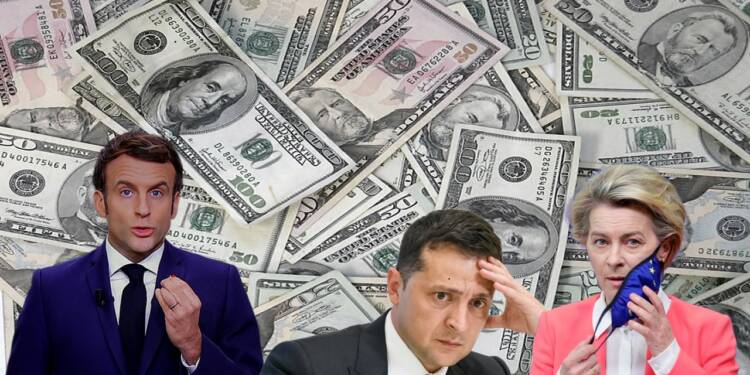 Emmanuel Macron has perfected the skill of being the right player in the right place. At the starting phase of the Ukraine war, the French president made spiteful statements condemning the Russian invasion of Ukraine. And when the tide started turning towards Moscow, Macron enacted the role of mediator, and at present when the war is nearing its fag end with Russian forces cruising every border of Ukraine, Emmanuel Macron has delivered his latest words asking fellow EU countries to stop donating financial assistance to Ukraine.

Macron had an illustrative first tenure as the president of France which saw him tilting from a liberal champion to a saviour of the conservatives. More light fell upon France when Macron ascended as the head of the European Union after succeeding Slovenia in January of 2022. During his stint as president, Macron amassed leadership quality that was full out on display when he claimed in the open that he wanted to create a military force exclusively for the EU.

This created quite some headaches for many countries and especially for the United States. With macron at the helm, the EU went for decisions on its own and lessened its dependence on the United States, all the while keeping alive the prospects of a separate military force.

The Ukraine war is turning out to be a nightmare for countries that once vowed their support for Kyiv. Even though moving at turtle pace, Russia is playing all its cards diligently and it has instilled a tinge of fear in nations who backed Ukraine in the war.

Read more: “No place for Ukraine in the EU,” Macron announces it loud and clear

So, macron is now treading a diplomatic line that completely denigrates Ukraine. Speaking at the Eurosatory international defence conference in Paris on Monday, Macron claimed that European defence must become “much stronger. Otherwise, we will be building the dependencies of tomorrow.”

Through this Macron’s overall vision of building a separate military bloc for the EU gains priority. The French leader is pressing down on other EU counterparts to focus on increasing the EU defence budget rather than gifting away every money that matters to Ukraine.

Macron’s current stand is simply politics personified. The former banker turned president has learned how to lead his country and has also acquired the skills of being a shrewd politician who could ease past all the hurdles Infront of him. With Russia pacing up the Ukrainian borders no mollification from Macron will work with Moscow. the West and France combined may not match the Russian might and France knowing this is taking a whole different stand learning from the early mistake they committed in siding with Ukraine.