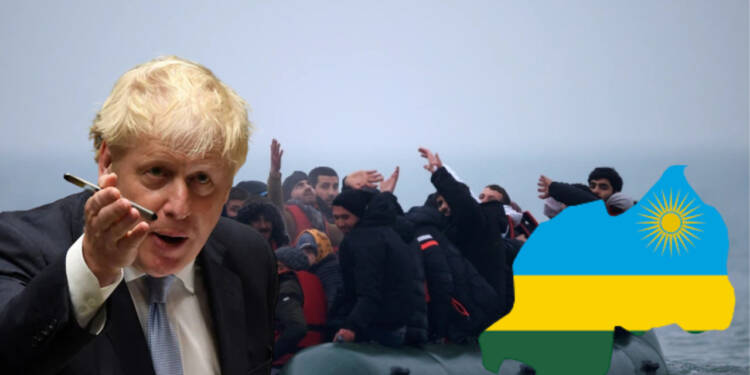 The UK Government’s controversial decision to ship off migrants to the East – African country of Rwanda has been inculcating severe backlash worldwide. Human Rights organisations have not taken well to the decision of the British Government to dump refugees in an African country 4000 miles away which has a troubling human rights record.

During a press conference in Kigali, the UK Home Secretary Priti Patel stated that the asylum seekers would be provided with proper training, accommodation, and medical facilities. However, the statement does not seem trustworthy owing to Rwanda’s devastating history in tackling the influx and maintenance of migrants.

Rwanda geared up with the UN and the European Union 4 years ago to support migrants affected by Libya’s Civil War by setting up the Gashora Transit Centre. UN authorities and local news channels in Rwanda have been trying their best to portray the well-being of refugees but reports claim otherwise.

The Gashora Transit Centre seems to be the perfect assumption of the place where the future refugees from the UK are to be housed. Reports claim that the economic and medical conditions at the centre are as bad as they could be. The quality of food is poor and the security scenario is miserable leading to widespread criminal activities like rape and drug usage.

The actions of the modern government of the United Kingdom surely presents the world with flashbacks of Britain’s imperialistic empire that was involved in slave trade and the use of acute violence to further its own interests. A perfect example of the application of soft power, UK has pledged Rwanda £120 million as a form of payment for its difficulties.

The UK and many western powers have vested interests in African Countries in order to boost their image by pledging financial assistance for humanitarian causes. The result of their assistance is encashed in the form of increased Foreign Direct Investments in the Country.

Hypocrisy of the UK is displayed by the fact that Rwanda was placed 160th out of 189 in the 2021 Human Development Index but it is still a leading option for outsourcing of migrant management services by the powerful countries of Europe.

The International Refugee Convention grants the right to migrants to have a chance for their candidature to be taken through legal processes by authorities of the state where the migrants have chosen to take refuge. The actions of the UK are undoubtedly unethical and have even been critisized by Prince Charles of UK.

The most densely populated country in Africa, Rwanda which is already under the severe competition for land and resources has been entrusted with making the lives of refugees better. Human rights campaigners have tried legal means to hold the flight but the high court has given the flight a go-ahead with around 31 people on board. The Judge has cited “material public interest” in the Home Secretary’s public policies.

The Home Secretary, Ms. Patel has praised the judgment of the court and PM Boris Jhonson eulogized the decision as “Welcome News”, but it is highly laughable that a country that talks of Human rights is indulging in these type of activities.

Thus, we can say, the UK airlifted migrants from the English Channel and dropped them in Rwanda to die.