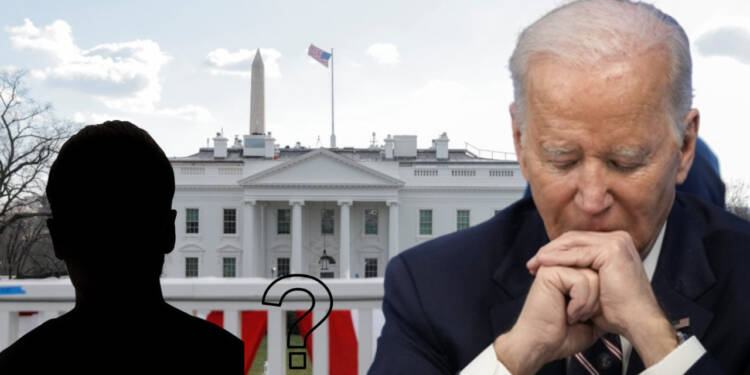 In the past two months alone Joe Biden has achieved innumerable feats. He ensured the Ukraine war transpired into a global mess. Another being his policies touching the nadir with oil barons of the middle east repeatedly snubbing the president and the latest on the list is Biden coming out in open and admitting that the US economy is totally under the control of global leaders and not him.

The Bureau of labor Statistics proved to be no help for Biden as the numbers pointed out that the inflationary rate moved up by 1 percent last month. Joe Biden wasted no time shifting the predicament on Putin’s shoulders.

“Today’s report underscores why I have made fighting inflation my top economic priority. While it is good to see critical ‘core’ inflation moderating, it is not coming down as sharply and as quickly as we must see. Putin’s price hike hit hard in May here and around the world: high gas prices at the pump, energy, and food prices accounted for around half of the monthly price increases.” Quoted the American president.

Read more: The ongoing tussle between the White House and Biden is exactly what China needed now

Even seeing crises one after the other unfold in tandems across the US, Biden is still staying solid on the repugnant narrative of blaming Putin that has long lost its sheen. The president has imbibed a culture of pointing figures at global leaders for the internal quagmire that America battles in, and the tactic has been the mainstay in the 79-year-olds playbook after he found a good catch in Vladimir Putin who the US president thought is free to unload all the blame since the world in large loathes the Kremlin leader for his invasion of Ukraine.

Since it doesn’t need a morse code to figure out how Biden’s shrewd policy works, the public by large has started voicing their concern. For them, Biden’s actions are not just tone-deaf but set a dangerous precedent. And it has reached an extent where the US president gets the confidence to take up the podium to proclaim out loud that the US economy is under the hands of foreign leaders.

No more in control of White House

After repeated snubbing at the hands of middle eastern powers, Biden is putting a last-ditch attempt to mollify a raging MBS in Riyadh, where the US president is said to visit in July. Grovelling to Saudi at this time won’t be any surprise considering the pale state of affairs that the US currently endures.

Read more: Biden’s refurbished character certificate for MBS is his admission of loss

The Wall Street Journal reported that “both Prince Mohammed and Sheikh Mohammed took phone calls from Russian President Vladimir Putin,” in late February or early March, “after declining to speak with Mr. Biden.

Putin has busied himself with moves that could see the west crawl for its money, and by pulling the strings with SAUDI, the Kremlin might have achieved what it hoped for.

Joe Biden is no real shot who could match Putin’s might when it comes to warfare. This is evident with the current turn of events that made America do a volte-face in Ukraine. Even Biden went afar asking Ukraine to cede up its territory for the war to end.

And another notorious claim being America shifting toward electric vehicles. Biden’s espousal for the move evoked serious concern within the political circle since it is China that has got a monopoly on cobalt and lithium, the two rare earth metals necessary to produce electric car batteries.

Much attention should be made to hunter Biden’s previous role in helping China obtain a stranglehold over the cobalt supply when a company he founded worked with Chinese investors to arrange for China to purchase the Congolese cobalt mine.

The communist country holds a real sway over every country committed to avoiding fossil fuels. Russian dominance is a reality and the world by large is dependent on the eastern Europe region for food. Saudi Arabia is another trap that Biden fell into. Also, this emphasizes the pathos circling Joe Biden, and sadly his standard playbook of blaming others won’t see any buyers from now and this has forced the US president to reveal the truth that he is no more the big guy in the white house.