Musk, not Mao: The newfound love among Chinese millennials 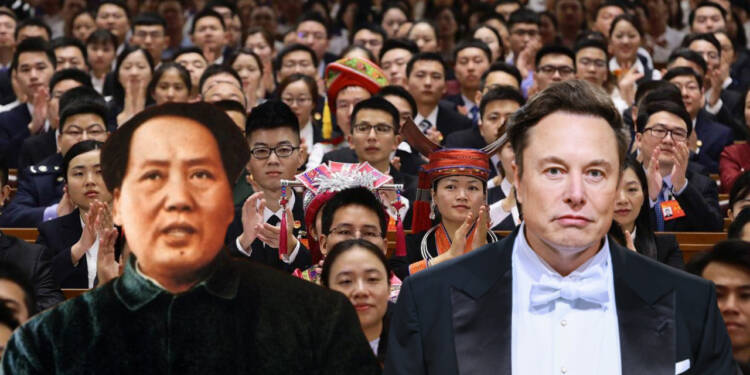 In the 1990s, students in China’s Sichuan University were asked to write about one public figure, living or dead, foreign or Chinese, whom they admired. Most of the students wrote about Mao, expectedly. In the 2020s however, Chinese students are preferring to write about engineers and scientists. They no longer attribute China’s impressive economic boom over the past 30 years to the Chinese communist party but to China’s hardworking people. Most of them tend to concede political views and communist ideology.

There’s no doubt that Chinese youth are hyper-nationalists. They pride themselves at their nation’s efforts towards eliminating poverty and climbing up the human development index. It was during their years of adolescence when economic prosperity knocked at China’s doors and most of their economic hardships went away once and for all. But the story for the last three or four years has been starkly different.

Chinese youth are realizing they might have started celebrating too early for their nation’s rise. They are still nationalists; they still love their nation; but none of this is attributed to the CCP. Instead, the rising love for their nation is forcing more and more Chinese youth to look askance upon the workings of the CCP. There is a palpable sense of frustration, anger and socio-economic stagnation. They really want to move past the shadows of their political leaders.

Such a view is reinforced by the rise of words like “Lying flat” and “letting-rot” in the Chinese youth lexicon. Those who grapple with the downsides of rapid urbanization, gender and ethnic divides, and vast rural-urban inequalities tend to harbour no admiration for the status quo. That means they want to see a change in politics and attribute their struggles to the authoritarian shift under Xi Jinping’s era.

Read More: China is now racing towards “Middle Income Trap” due to the ‘Lying flat campaign’

Chinese society is increasingly becoming individualized. The rise in prominence of the LGBTQ+ community, despite governmental concerns, is a manifestation of that fact. When you become increasingly individualized, the sense of cohesiveness is lost, and that’s what is driving Chinese youth out of the CCP orbit and towards freedom; where CCP in its present form has no place to flourish.

China: Where youth are learning to ask unnerving questions

It’s true that most of the Chinese youth today are wedded to a nation that has never tolerated defiance and political enquiries, and that has long flirted with dictatorship and authoritarianism. However, now they are learning to ask questions within constricted boundaries. For instance, when the Chinese government imposed ruthless Zero Covid Policy on its people earlier this year, what CCP came to witness was unprecedented and baffling. The criticism that poured in on social media was gut-wrenching.

Today’s Generation Z in China, from journalists to NGO workers, from students to scientists, is bidding adieu to CCP idolatry. ‘CCP is China and China is CCP’ is no longer the slogan of commons. So, the signs of trepidation at CCP’s top-level are already emerging at this dangerous trend. In May, Chinese leader Xi Jinping ordered CCP’s Youth League (CYL) to help the youth cultivate their trust in the party. The members of the Communist Youth League (CYL) are Chinese youth over the age of 14 and under the age of 28. There is a sense of realization among top CCP echelons that youth might be drifting away from once whole-heartedly cherished communist ideologies.

Xi told the CCP’s youth league members, “the league should help the youth aim high at an early age and cultivate the trust in the Chinese Communist Party (CCP), the confidence in socialism with Chinese characteristics and the belief in Marxism from the bottom of their heart”. Xi knows his regime has lost control of China’s youth. And he may already have realized the end of his tyrannical regime is inevitable.

Collection of 36 I am here for you quotes and captions