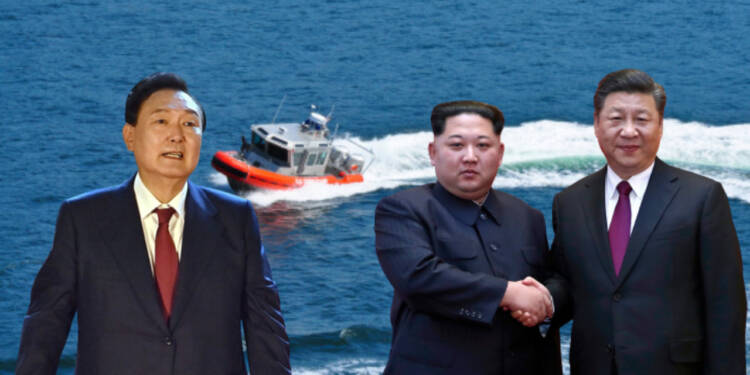 When the conservative Yoon Suk-yeol, took the presidential seat in South Korea, it was expected that he would be a staunch China hawk. He was expected to undo the decisions of ex-President Moon Jae-in. But unfortunately, this didn’t happen and Yoon continued to maintain good trade relations with China. But the latest move of China is definitely going to turn Yoon into a China hawk.

Recently, a Chinese freight ship, AN HAI 6 after picking up cargo in Busan, South Korea, made an illegal shipment directly to North Korea. The AN HAI 6 was supposed to sail from Busan to the Chinese port of Dalian, according to Marine Traffic data.

Nevertheless, the 1992 diplomatic normalization between the two countries- China and South Korea attempted to upgrade bilateral strategic ties. As Asia’s fourth-largest economy, South Korea exported goods worth over $136 billion to China in 2019. Even, ex-President Moon Jae-in followed a policy of appeasing China throughout his 5-year long term in power. He even promised the three so-called NOs; no additional THAAD deployments, no participation in a US-led global missile shield, and no creation of a trilateral military alliance involving Japan.

But there are two important points to be noted here:

1. South Korea has been able to balance its relationship with China despite the fact that China is the only ally of North Korea with whom South Korea shares a complex relationship.

North Korea is presently under Kim Jong-un who rules North Korea as a totalitarian dictatorship. Both North Korea and China have a close special relationship and China is often considered to be North Korea’s closest ally. China and North Korea have a mutual aid and cooperation treaty, which is currently the only defence treaty either country has with any nation.

2. South Korea is one of the few countries that have both long-standing historical ties with China and a critical alliance with the United States.

Therefore, we can say that China and South Korea share a fair trade relationship. But China being China, obviously cannot be trusted with its actions. China lately hoodwinked South Korea. As mentioned in the introduction that how China’s freight ship, AN HAI 6, made an illegal shipment directly to North Korea from South Korea.

Though the cargo was destined for China but automatic identification system (AIS) data showed that the vessel instead made a U-turn some 107 miles (173 km) from Dalian toward North Korean waters. China was able to evade the tracking of the vessels by switching off the AIS signal when it changed its way. The AN HAI 6, which is flagged to the tiny Pacific island nation of Niue, then entered DPRK’s exclusive economic zone (EEZ) and stopped transmitting an AIS signal. It reappeared, 3.3 miles (5.4 km) from the entrance to North Korea’s Nampho port.

The shipment was illegal for two reasons:

1. Obviously, the first reason is that the Cargo was to be delivered at the Chinese port.

2. The export of many goods to North Korea is prohibited under U.N. sanctions.

Countries are also required to “inspect cargo destined to or originating from the DPRK or brokered by the DPRK that is within or transiting their territories,” according to U.N. Security Council (UNSC) Resolution 1718 (2006).

In fact, this is not for the first time China has been using such illegal ways to transport South Korean cargo to North Korea. There have been earlier instances of China being involved in such acts. Undoubtedly, this depicts how one dictator is helping the other dictator in evading the sanctions.

Kaliningrad tensions could script the end game for Lithuania

Collection of 28 I need you quotes quotes and captions