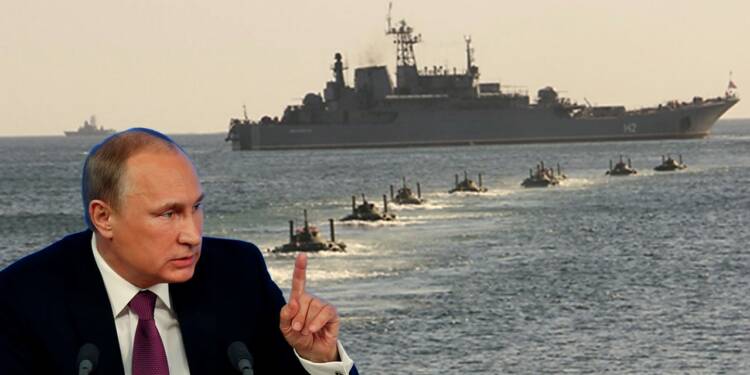 After the Soviet breakup of 1991, Ukraine became independent. The green mountainous region with fairly undiscovered beaches of eastern Europe also went away with Ukraine. This was a huge setback for Moscow since it was Crimea.

Crimea and what good it possesses

Russian cultures always prevailed in Crimea and a 2 million population, of which about 60 percent speak Russian and consider themselves Russian. This is the only region in Ukraine where Russians are in the majority and has the highest number of Russian speakers.

The black sea ports of Crimea are a blessing to connect with the Mediterranean, Balkans, and middle east, thus the land has been considered a crown jewel by most empires including the Roman, Ottoman, Russian, British and French, and Nazi German over the past.

Russia had a relic of greatness in this region for the past war fought in 1783 and copious other tales could follow that had the legend of the tsarist empire etched in them. So, the necessity to get back Crimea topped the To-do list of Moscow’s newly found tsar in Vladimir Putin.

The necessity was running bounds and it finally dawned on Kremlin in the February of 2014 to go get back what was theirs. On March 21 of 2014 after the ratification of the annexation treaty by the Russian parliament, Putin signed a law formally integrating Crimea into Russia.

8 years after soiling its presence in Crimea, Russia has got bags of achievements to gloat about but the prime of all is contouring Crimea into an extensive Russian military base, supported by reliable industrial, transport and logistics, energy, and water infrastructure.

The hard labour meshed with precision ensured that Crimea turned into an unsinkable aircraft carrier—facilitating the projection of Russian military forces throughout the Black Sea basin and into the Eastern Mediterranean. In mid-April 2014, the Ministry of Defense, thus, compiled a list of 23 Crimean enterprises, including 10 shipbuilding and ship-repair companies, that should be redirected to producing military arms and equipment for Russia.

Sevastopol in Crimea has the rich backdrop of being an important naval hub in the black sea region. The Sevastopol Shipyard was founded in 1783 on the south side of Sevastopol Bay as Akhtiar Admiralty to maintain the ships of the Black Sea Fleet. It occasionally built frigates and smaller sailing ships between 1813 and 1851.

Losing Sevastopol and Crimea led Russia run pillar to post in search of a shipbuilding facility to mend their dilapidated Navy. But nothing could replace the crown jewel in Crimea. The Russian navy was actively engaged with Vietnam, Syria and Venezuela (and up until March 2011, Libya) “for logistics and repair services in their principal ports“. It has also been alleged that Sevastopol has served as the main source in supplying the Assad regime during Syria’s civil war and proved useful with Russia’s role in dismantling Syria’s chemical weapons.

Shipbuilding in Russia hardly qualified the required standard due to the inclement weather with varying winters that added to their woes. Unlike that Crimea is warmer and sets a conducive mood to charge ahead with building large vessels. The pearl in the crown of Soviet naval construction, the massive Mykolaiv shipyards thus represent a critical target for Russia to try to capture during its broader aggression against Ukraine.

As the Ukraine war is changing faces and Russia looks to cruise ahead on all fronts, NATO and its allies need to sit down and ponder over the might that Russia keeps on adding with its burgeoning Naval capability that has sprouted under the Crimean heartland. Moscow will continue the work on these two warships at the Zaliv Shipyard despite the US-imposed sanctions and the bottleneck that is the Ukraine war. Once completed, the Russian warships can steam near the territorial waters of Ukraine, Georgia, and even Turkey for that matter which could lend further rise to the coercive diplomacy of Vladimir Putin.

Russia is currently mimicking the soviet era by building large, nuclear-powered ships and carriers. Since the start of the war, Putin moved with clarity and the current utilization of Crimea could pull down the curtain on the Ukraine war for all.

Is Germany secretly working on the Minsk Agreement 3.0 to stop the war?