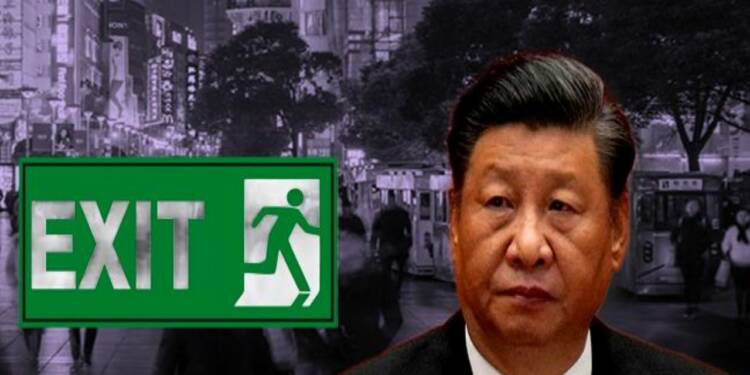 China always wants to remain a country of growing significance and economic opportunities for Europe. But it seems that Beijing has begun to lose its ground in Europe. This can be attributed to China’s economic prospects that are weakening due to a chain of factors. These include Xi’s crackdown on China’s technology sector coupled with Putin’s invasion of Ukraine that has sent energy and commodity prices soaring and has destroyed supply chains sending shockwaves to the world’s largest manufacturer. Adding to this, Xi’s ruthless ‘Zero-COVID’ policy which led to mass lockdowns, has sent the Chinese economy into tatters.

The contemporary condition of the Chinese economy is enough to make Xi realise that he’s missing his growth target of 5.5% and growing slower this year. Furthermore, Xi is losing his ground in Europe as the EU is pulling out every European company from mainland China.  European countries, especially Germany, are setting the ground to diversify more and reduce their dependency on China.

Recently, Germany stated that it will closely examine applications from German companies wanting to make investments and enter the domestic market in China.

Read More: At the turn of the century, the world was rushing towards China. Now, even Chinese are fleeing China

China still can’t get over COVID

European countries are relocating their companies out of China, yet China is not rethinking its ‘Zero-COVID’ policy. The shutdown in the country and the restrictions are disrupting the business activities and European companies are facing sizable losses. Foreign businesses are struggling significantly with the curbs. Foreign industrial firms that are operating in China saw a profit drop of 16.2% from January to April which is much worse than the 0.6% decline at private Chinese firms.

China’s current policy — with no exit strategy from its zero-tolerance approach to combating the pandemic has left foreign companies with no other option but to look for other locations. You see, the world cannot wait for China. Of the firms considering a shift in investments, some are looking at relocating to Southeast Asia, while some are thinking to shift elsewhere in the Asia-Pacific region, Europe, North America and South Asia. This has surely delivered a big blow to China.

Read More: Chinese builders are so miserable these days that they are accepting wheat and garlic as installments

The report, published by the European Chamber of Commerce in China on Thursday, said that 23% of the 372 responding companies were mulling a shift, more than double the number in a January survey and the highest proportion in a decade.

Mass lockdowns and other strict measures due to Beijing’s Zero-COVID policy have battered the supply chains. More than 25 million residents in Shanghai are locked down for more than a month.

The predictability of the Chinese market has gone out of the window but dismissing the Zero-COVID policy still doesn’t seem to be an option there. You see, for Xi Jinping, Zero Covid Policy has to be successful, by hook or by crook, to preserve his dignity. It has to show desired results at least on paper, if not on the ground. Revising its Covid strategy or rolling it back altogether would imply that China has been knocking on the wrong door from day one to tackle this pandemic.

But, the world, especially Europe, is not going to wait for China to get over its COVID setback. Considering moving current or future operations to other markets outside of China is the only viable option left with the European companies.