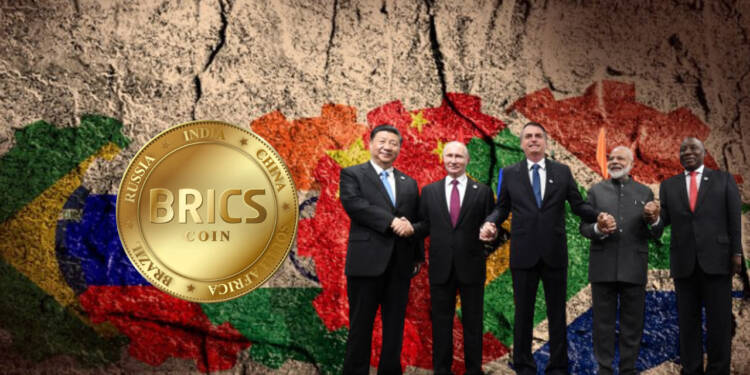 Biden’s economic advisors are in dire need of a class in global finances. The US dollar hegemony that the United States had built over a period of more than a hundred years is beginning to fade away because of the recklessness of its 79-year-old President.

The US dollar enjoys the position of the world’s top reserve currency. All major currencies, commodities, and even cryptocurrencies are pegged against the US dollar. However, Biden’s attempt to “weaponize” it to contain Russia has had ill effects with global confidence declining in the security of the US dollar.

“The more we use it, the more other countries are going to diversify due to geopolitical reasons,” said Zongyuan Zoe Liu, a fellow for international political economy at the Council on Foreign Relations.

Is the US dollar in a deep slump?

Apart from raising interest rates to tackle inflation, the Feds are expected to begin letting Treasuries mature without replacement off its $8.9 trillion balance sheet. Reports indicate the partial replacement in global payment systems with the US dollar being more often coupled with Euros and Yuan.

“US dollar debasement (is the) ultimate outcome as dollar weaponized in the new era of sanctions,” Bank of America analysts led by Michael Hartnett noted in a report released Thursday.

The confidence oil producers had in US  dollar bonds has also decreased considerably even when they are seen to be making skyrocketing profits due to growing tensions because of the war in Ukraine.

“The sanctions on Russia will be a bit alarming for many of the major oil exporters that hold large amounts of Treasuries (and US assets in general) and might hasten some diversification plans. That could mean that some of the support for Treasuries from foreign savings, such as we saw in the mid-2000s, could be absent during this tightening cycle,” said Thomas Mathews, a market economist at Capital Economics.

The changing order of payment system could not be considered to be an attempted coup by USA’s rivals but the faulty understanding of the working of the economic order by US authorities themselves.

Major players like China and Russia have taken notice of the changing world order triggered by Biden and have naturally started making advances to further their own interests and solidify their own currencies.

Apart from the two communist nations, BRICS include US allies like India, Brazil, and South Africa. However, the complex economies of these nations would ultimately force them to minimize their US dollar holdings to ensure the security of their foreign reserves.

The aftermath of the Russian annexation of Crimea in 2014, saw Moscow considerably decreasing its US dollar holdings as a consequence of struggles incurred due to the then-imposed sanctions. In 2021, Moscow determined to let go of all U.S. dollar assets in its National Wealth Fund and increase holdings in euros, Chinese yuan, and gold.

China has downsized its holdings by the extent of 200 billion dollars since 2013. Saudi Arabia has let go of finances worth around 65 Billion dollars in the span of just 2 years.

Growing geopolitical tensions and the heavy dependence of BRICS countries on the western financial system have possibly empowered the organization to take steps to secure their economies. Apart from utilizing local currencies for mutual trade, the Russian President has acknowledged the development of alternate financial mechanisms and a new global reserve currency.

“We are exploring the possibility of creating an international reserve currency based on the basket of BRICS currencies,” said President Putin.