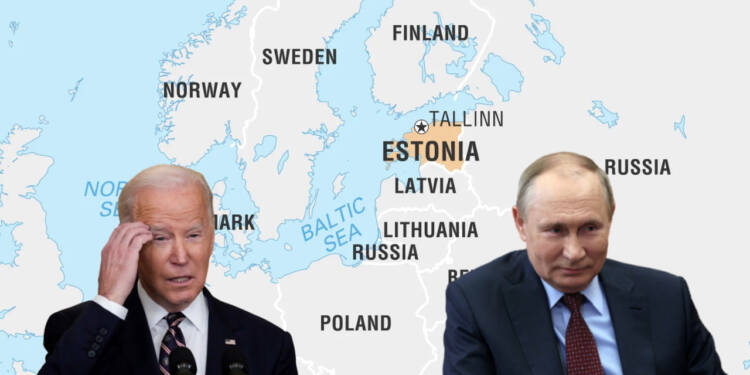 Noting that the Ukraine invasion has been going on for over 100 days, speculations are that Russia would now take over the Baltic states, keeping Russia’s expansionist dreams in mind. The Baltic states now fear that they might be next. Estonia, Latvia and Lithuania are worried that they might be in the Kremlin’s sight, with tensions bringing back memories of dictatorship, mass deportations and oppression. Russian belligerence towards Ukraine has sent shockwaves through the Baltic countries as they fear that they could be the next target.

All the Baltic states were seized and annexed by Joseph Stalin during World War II before they gained independence again with the breakup of the Soviet Union in 1991. These nations joined NATO in 2004, putting themselves under the arch of military protection of the US and its Western allies.

“The battle for Ukraine is a battle for Europe. If Putin is not stopped there, he will go further.” Lithuanian Foreign Minister Gabrielius Landsbergis warned earlier in a joint news conference with the US Secretary of Defence Lloyd Austin.

While the NATO treaty commits all allies to defend any member that comes under attack, the Baltic states say it is imperative for NATO  to show resolve not just in words but with boots on the ground. But NATO can be seen taking a strange stance now. Current NATO defence plan envisages that the Baltic states would be overrun, but then be retaken 180 days later.

Estonia’s Prime Minister Kaja Kallas, told the Financial Times reporters that current NATO defence plans would not prevent Estonia from getting wiped off the map and the capital Tallinn from being razed to the ground.

Noting that Russia’s invasion of Ukraine has been going on for over 100 days now, Kallas said “If you compare the sizes of Ukraine and the Baltic countries, it would mean the complete destruction of countries and our culture.”

“Those of you who have been to Tallinn and know our old town and the centuries of history that’s here and centuries of culture that’s here- that would all be wiped off the map, including our people, our nation,” said the Estonian Prime Minister.

NATO’s tripwire concept of losing the territory first and then liberating it afterwards seems a lot outlandish. Kallas drew concern that atrocities in Bucha near Kyiv were committed by Russian troops within 80 days of their invasion. Now, the tripwire concept of NATO doesn’t seem to be really working for Estonia or any other Baltic nation.

Kallas makes a request that each Baltic country be assigned a division of 20-25,000 troops. But this does not signify that the troops would be permanently deployed in the Baltics. Meanwhile, Lithuanian Laurynas Kasčiūnas, chairman of the Lithuanian parliamentary Committee on National Security and Defence, believes that Kallas remarks were meant to “raise the political temperature” in the run-up to the NATO summit at the end of July.

However, Estonian prime minister commenting on NATO’s defence plans ahead of next week’s NATO summit in Madrid, she’s asking the allies to reinforce their deployed capabilities and to change their defence strategy from the current “tripwire” approach to one where the alliance defends every inch of the territory at once.

Read More: Russia readies itself to punish Lithuania for crooning the NATO song

When asked about Kallas’ comments over NATO’s current approach, an unnamed official said that the alliance had plans to defend members, “but we never go into operational details.”

The official noted that strengthening deterrence and defence will be the focus of the Madrid summit.

Baltic states now want NATO to boost its presence by 10 times. Since Russia’s invasion of Ukraine, Baltic states have been calling for their region to receive their biggest build-up of combat-ready NATO forces in Europe since the end of the Cold War, to be agreed at a summit on June 28-30 in Madrid.

Biden and his Co, NATO seem to be swerving away from its policies and its approach of leaving Estonia in a lurch is strange indeed!