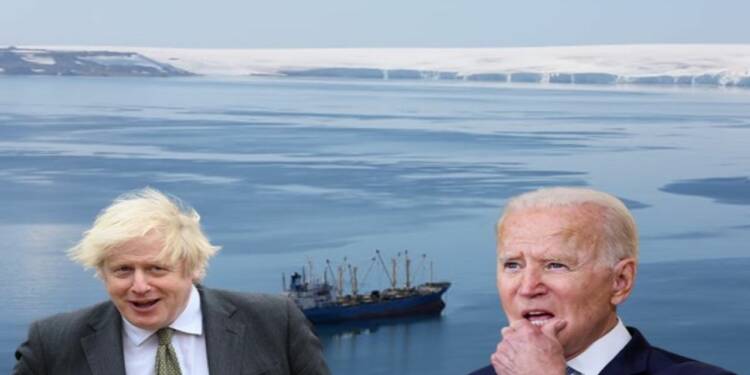 The UK has been the biggest supporter of the United States in Biden’s proxy war against Russia. The UK has provided the Ukrainians with billions of dollars of aid and supplied highly sophisticated weapon systems including anti-tank rocket launchers, armoured vehicles, anti-aircraft systems and Brimstone missiles.

Admiral Sir Tony Radakin, who took over as Chief of the Defense Staff in November 2021, said replacing UK’s weapons stockpiles could take ‘years’ to pre-war levels. He admitted to the fact that the UK’s low industrial capacity is one of the foremost reasons the process could take “ five-ten years ”before the  British army could produce a division capable enough to fight alongside the Americans.

Read More: Both UK and Argentina want India to resolve the Falkland issue

Officials from the government of South Georgia and the South Sandwich Islands who were the order issuing bodies in lieu of the UK’s foreign ministry proclaimed this to be a necessary step to counter Moscow’s “ obstructionist tactics ”. But, why would the UK risk relations with the US over a trade sum of just 40 Million Euros? Geopolitical analysts would see this to be the starting of an open rebellion by the UK.

The location where all the drama is occurring is indeed a very strategic one too. The operation is located in proximity to the Falkland Islands and could trigger decades-old rivalry between Argentina and the UK.

Argentina and the United Kingdom both claim sovereignty over the Falkland/Malvinas Islands, South Georgia and the South Sandwich Islands, and deploy an aggressive stance over the possession of these locations. Though most of these locations are now under the control and administration of the United Kingdom but the Falkland Islands continue to remain the subject of a sovereignty dispute between Britain and Argentina.

The United States officials have declared the catch illegal and have accused the UK of disrupting maritime peace. Washington has blamed Britain for “polluting an otherwise positive example of international cooperation between global powers to maintain the sovereignty of the Southern Ocean against increasing poaching activities in Antarctic krill —a key component of the marine ecosystem — and other marine resources”.

According to correspondence between US fisheries managers and members of Congress, the US authorities have privately sanctioned the import of any toothfish caught near South Georgia. The move by the US could also be seen as its support to Argentina over the issue of the Falkland Islands.

The row risks a breakdown in carefully negotiated limits for the fishery. “It sets a dangerous precedent,” Evan Bloom, who led the US delegation to the CCAMLR until 2020, told AP on the issue of the UK’S proclaimed “ illegal ” fish catching.

Boris Johnson has supported Biden unequivocally all over the course of the Ukraine war by supplying billions of dollars in aid and equipment. However, it seems the 79-year-old President doe not know how to maintain friendships. Biden’s targeting the UK over a trade issue of a negligible amount of money is a prime example of how he is not at all fit enough to be leading the highest and the most powerful office in the globe.