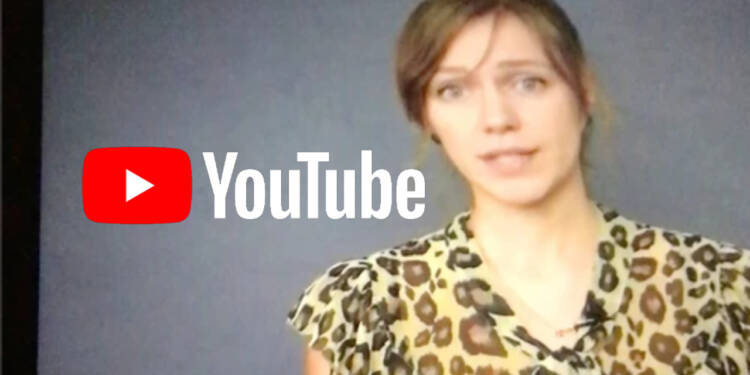 Russia and Google Inc. are standing at odds with each other over the Russia-Ukraine war. YouTube blocked channels of Russian media outlets such as RT and Sputnik across Europe effective immediately after the eruption of the War.

Moreover, YouTube removed about 70,000 videos and 9,000 channels related to the Ukraine-Russia conflict as several of the videos violated the platform’s violations. Even the channels of Russia’s Ministries of Defence and Foreign Affairs were barred from broadcasting films for referring to the conflict as a “liberation effort.”

Till now, this all sounds quite pro-Ukraine right. Well, the actions stated above prove so. But, YouTube is actually not pro-Ukraine at all.

The above-given title sounds like rhetoric, but this has actually happened. Youtube promoted selling of Ukrainian women in America through ads. YouTube recently ran a video ad on its site that suggested American men must take what is theirs, referring to Ukrainian women.

According to the ad viewed by the user, the advertisement was for a dating app and was narrated by a woman looking at the camera and speaking to its potential future users. Well, advertisement for dating apps is fine. But this advertisement at a time of the Russia-Ukrainian war is suspicious.

YouTube ran this ad in midst of a war which has caused a massive refugee crisis. Multiple soldiers have been accused of using sexual violence or rape as a weapon of war against Ukrainian women.

Furthermore, the ad stresses that Ukrainian and other Slavic women have been “raised to respect family and traditional values” and that they “do not pay much attention to the age difference.”

The user got to watch this YouTube ad while using a new iPad device connecting from a U.S.-based IP address and the device hasn’t been used to surf YouTube.

Read More: @LibsofTiktok: The handle that has petrified Biden, his men, and even Obama

There have been countless controversies that prove that YouTube indulges in the promotion of such advertisements on regular basis.

In recent times, YouTube also promoted an advertisement of deodorant endorsing ‘rape’ in India. The advertisement was taken down, but YouTube kept mum over the issue just like it is over the ‘Ukrainian women’ ad. Ukrainian women at present are becoming one of the most vulnerable groups after the migrant crisis.

There are true reports that they are being exploited. In Canada, a man offered up his home to Ukrainian women in exchange for day-to-day household help and personal benefits.

Now, this advertisement is creating more concerns, as to what exactly is the West trying to portray of these Ukrainian women in midst of a crisis.

YouTube endorsing something pathetic is not welcoming, these Ukrainian women have lost everything already due to the West’s reckless pushing of Ukraine into the war. At a time when they need support, Women are becoming more of a material for ‘satisfaction’. This raises questions about the sanity of Social media too.