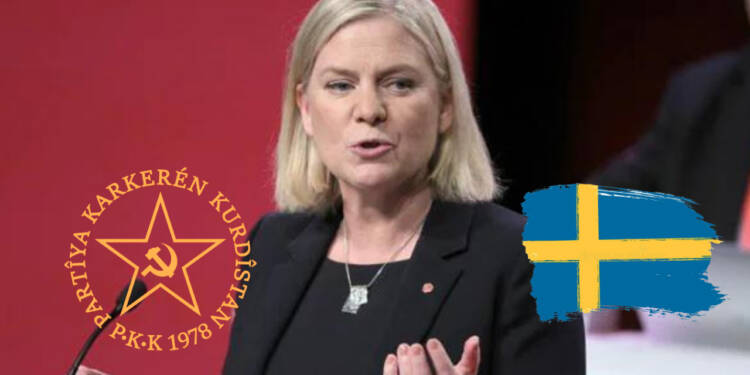 The decision made at the recent NATO conference in Madrid, Spain, may come back to haunt Swedish Prime Minister Magdalena Andersson soon. Now, she runs the risk of losing the impending September 2022 Prime Minister elections. Are you curious as to what really transpired during the Madrid conference and how that would affect Magdalena Andersson’s chances of winning the next term?

For months now, there has been a lot of tussle going on between NATO and Turkey on the issue of facilitating the entry of Sweden and Finland to the western military alliance.

Turkey has been casting reluctance on letting both countries enter the alliance. Turkish resistance stems from the belief that both countries back ‘terrorists.’ Turkey uses the term “terrorist” to refer to the Kurdistan Workers’ Party or PKK. Despite the fact that the PKK is designated as a terrorist organization by the US and the EU, Finland and Sweden have been hesitant to extradite PKK members to Turkey due to human rights concerns. Many Kurds as well as the adherents of Gulen’s movement, have sought asylum in Sweden in recent decades.

The Swedish government attempted to stray from the Kurdish coalition in order to quell Turkey’s concerns. Clearly, the action drew harsh criticism from the Swedish population, especially among Swedes of Kurdish descent.

As a matter of fact, Andersson had to risk her position when recently a ‘no-confidence’ motion was to be passed in the house against Justice Minister Morgan Johansson. The Moderates, the Liberals, and the Christian Democrats had declared their support for the no-confidence vote against the minister. The concerned parties plus one more member of parliament was needed for the vote to be passed.

The one additional vote required to approve the No-confidence motion had put Amineh Kakabaveh, a non-affiliated legislator with a Kurdish background, in the spotlight. She is a Swedish politician of Iranian Kurdish ancestry. But Andersson and her Justice Minister were fortunate enough to get Amineh Kakabaveh’s support during the No-confidence motion.

The three nations i.e. Sweden, Finland, and Turkey signed a trilateral agreement to resolve Ankara’s stated security concerns. However, given Ms. Andersson’s move to align with Turkey’s demands, it appears that her good fortune may not last for very long. This agreement prepared the way for Finland and Sweden to join NATO.

But Ms. Andersson will undoubtedly face serious consequences at home as a result of this action.  The accord was sharply attacked by the Swedish Social Democrats, the largest governing party and interestingly the same party which Prime Minister Magdalena Andersson and Foreign Minister Ann Linde belong to.

“The agreement with Turkey is a slam for Erdogan, a shame for Sweden, and a betrayal of Kurdish freedom fighters. It is a shock for many Social Democrats,” prominent Swedish diplomat and politician Pierre Schori was quoted as saying by the Swedish daily Expressen.

However, there was already criticism from Swedish citizens of Kurdish descent, and now members of Andersson’s party are resisting the move to reach a settlement with Turkey over the Kurds issue. Because of this, Andersson’s chances of winning another term as Prime Minister have become slim to none.

Till now, it was the Kurdish people in Sweden, the lone hostile Kurdish MP or the opposition that placed a dissent over the government’s move to abide with the implausible demands from Turkey. But now, the dissent list has widened with Prime Minister’s own party coming out in open, protesting the move to side with Turkey.

This is moreover a tacit admission from the ruling party that the prime minister won’t see power coming to her hands for a second time. September will be decisive and if a new party emerges to the helm of affairs in Stockholm, Sweden’s current stance on Turkey and NATO will see a quick turnaround.

Read More: Turkish militias were comfortably settled in Northern Syria. Now, they are killing each other

Moreover, the Moderates, Christian Democrats, Sweden Democrats, and Liberals currently have the support of 49.3 percent of voters, according to recent pre-election polls, giving them a slim advantage over the parties backing the current Social Democrat government, who have 48.8 percent support combined. This would undoubtedly interfere with Turkey’s efforts to advance its anti-Kurd agenda in Sweden, which it has already been attempting to do by backing the recently founded pro-Islamic Party Nyanset (Nuance Party) in Sweden looking to garner support from the Muslim populace.

Angry Polish citizens are kicking Ukrainian refugees out of their homes