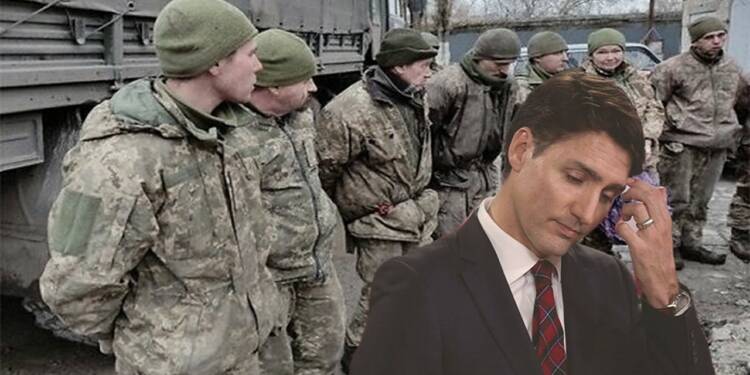 The Canadian Prime Minister Justin Trudeau imposed heavy sanctions against Moscow after president Vladimir Putin went ahead with his special military operation in late February. Trudeau gave his share of criticism at Putin for committing, what he called ‘war-like crimes’ in Ukraine.

Trudeau even made a surprise visit to Ukraine amid the war to show his support to the Eastern European country. Moreover, Trudeau encouraged the veterans in Canadian military to join troops to fight the big war in Ukraine.

Defense minister of Canada, Anita Anand back in February said “These Armed Forces members from the army, navy and air force are being readied to deploy to a “NATO response force should they be needed,”

Taking heed from the big talks of assurance from the prime minister, the troops boarded their flight to Ukraine. However, it now looks like that the mercenaries are facing a lot of trouble.

Russia has now openly started executing the foreign mercenaries who are participating in the war for Ukraine. These mercenaries also include a lot of Canadian army veterans. But the liberal champion of Canada seems to be in a hibernation mode with no response about the happenings.

The Canadian Mercenaries are reportedly calling for help from the Trudeau administration. According to the international legion, a lot of Canadians have joined the fight against Russia. While the exact number is not known, these Canadians are actively involved in training the Ukrainian soldiers and in some areas, also having a direct face-off with the Russian forces.

The Canadian mercenaries are appealing Trudeau to provide more aid to Ukraine as the battle continues to get intensified. Matthew McGill, a former army veteran and presently a mercenary in Ukraine has sought more support from Canada to fight Russia.

Matthew McGill stated, “We need equipment, The legion needs money to buy equipment. Any way you can help us continue our fight is appreciated.”

Russia wants to push the Ukrainian army away from seized territory and protect supply lines supporting its attempt to completely carve out Eastern Ukraine and to add to the worry, McGill and many other Canadian troops are posted in this region to assist Ukrainian forces.

In early days of the war, Ukrainian forces used most of the assistance provided by Canada. Canada provided M777 artillery guns, rifles, ammunition, and other military support. However now, Ukraine remains outgunned by Russia and has been asking for more weapons.

McGill’s plea to Justin Trudeau is no different. However, the demands seem to be directed at deaf ears. Russia has started eliminating mercenaries in Ukraine and the bells of danger have started to ring for Canadian troops present there too. McGill claimed that he had a close call with a Russian missile just a few days ago.

The Risk of losing lives

Recently, two British members of the Ukrainian forces were captured by Russia and were sentenced to death. Furthermore, two Americans are also now in the Russian custody. Russia is completely sure what they intend to do with mercenaries.

Most of the mercenaries presently in the region had filled the application form online, underwent screening and post the approval, flew to Poland. But now, these mercenaries are having a really hard time as the military aid is drying up. However, Trudeau seems to be completely reluctant about this issue.

Read More: Mercenaries who signed up to fight for Ukraine are killing Ukrainians now

The lack of military assistance and the Canadian government’s lack of attention is pushing the lives of these mercenaries at risk. These mercenaries want to move away from the battlefield as soon as possible. But will Trudeau listen? Only time will tell.

29 Pay Attention quotes and captions to improve your skills