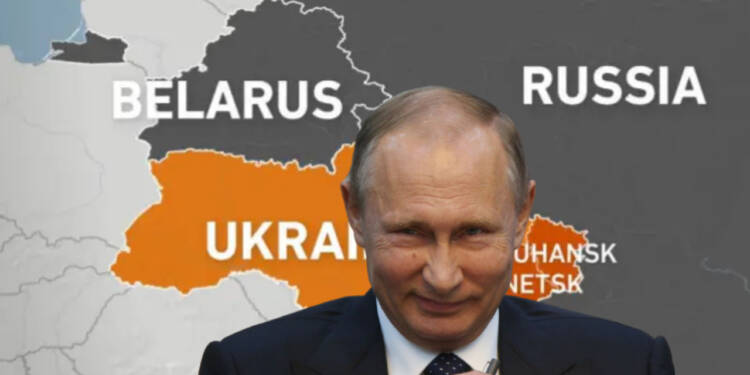 The United States rise as a superpower and the emergence of unipolar world order after the 1990s was a direct consequence of the dissolution of the Soviet Union. The American hegemony, as we know today, is the product of a variety of factors like World War 2, the Space Race and the breakup of the USSR.

However, the Biden administration and its policies have triggered the rise of a multi-polar world order. Apart from putting on a bad fight against China’s economic prowess, Biden’s policies in actuality, have triggered the unification of the Soviet Union. Western actions have hastened Belarus on its trajectory of being ‘united’ with Moscow.

Russia and Belarus have signalled toward “Unification” since the two neighbours signed a treaty in 1997 meant to strengthen ties strained following the dissolution of the Soviet Union. The treaty however does not entail ending the sovereignty status of any entity. According to the treaty, both the neighbouring countries would legitimize citizenship and residence rights to each other’s subjects. The deal however has gone on and off until now.

Belarusian President Alexander Lukashenko’s renewed interest in unification with Moscow was a consequence of Putin backing him up during Minsk’s crackdown on anti-government protests following the contested elections where Lukashenko was alleged to be involved in voter fraud.

Read More: EU to remove all sanctions from Belarus

Belarus to Tie the Knot with Moscow

The Russian President has indicated towards the unification of the two neighbours due to the conditions that arose as a result of the Western sanctions.

“Unprecedented political and sanctions pressure from the collective West is pushing Russia and Belarus to speed up the unification process,” Putin told a bilateral forum in the Belarusian city of Grodno on Friday.

Moscow has thwarted the West’s aim to sanction Russia. Russia’s superior control over the essential commodities supply to the world has provided necessary leverage to Putin to strengthen its economic fort. Moscow is looking for ways to combat various issues ranging from production capabilities to the presence of strategic geographic strongholds.

“After all, it is easier to minimize the damage from illegal sanctions, it is easier to master the production of demanded products, develop new competencies and expand cooperation with friendly countries,” the Russian leader added.

On February 24 this year, Lukashenko allowed Russia to use Belarus as a launching pad when Moscow launched its invasion of Ukraine. International organizations like G7 and NATO are targeting Belarus reportedly and alleging the formation of a military alliance capable of disrupting peace in the region.

The Ukrainian President Zelensky has warned against this possible unification. “You are being drawn into the war. The Kremlin has already decided everything for you,” Zelensky said during a video address on Sunday night. “But you are not slaves and cannon fodder. You don’t have to die.”

However, Putin is all set to garner support from its allies, something Zelensky has received a lot more than anyone could. On Sunday, as Lukashenko visited Saint Petersburg, Putin said Russia would soon station missiles capable of carrying nuclear warheads in Belarus.