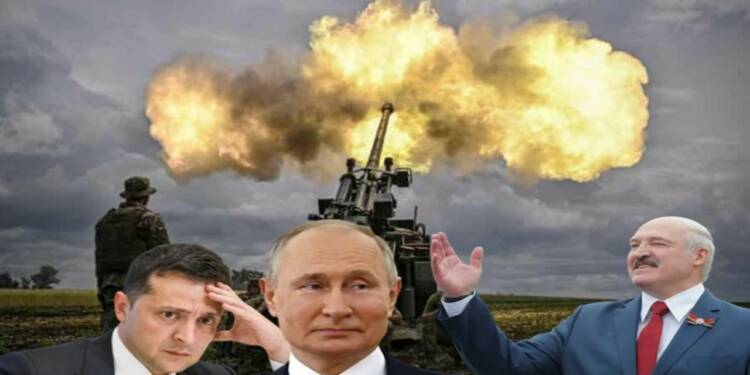 Belarus and Russia have shared cordial ties with each other even before the Russia-Ukraine war. While the West and its minions try their best to isolate Russia from global trade and international funds, Belarus has emerged as Russia’s most preferred helping hand.

The president of Belarus, Alexander Grigoryevich Lukashenko, has also provided Putin with military assistance. Over 30,000 Russian soldiers assembled in Belarus for military training over the winters of 2021 along their approximately 700-mile shared border.

Disregarding the strong bond that Minsk and Moscow share, the European Union has repeatedly tried to woo Belarus. You see, the EU urgently needs to ensure that food supply chains from Ukraine are not disrupted any further. However, in order to establish a key channel for Ukrainian food exports, Belarus is needed as it could play a transitional role between Latvia and Lithuania. But cosseting Minsk has only ended in futility for the Westen nations. Besides, Belarus just revealed to the world who it views as its most crucial ally.

Minsk has reportedly bombarded numerous Ukrainian cities. As per media reports, Twenty rockets struck the village of Desna in the northern Chernigiv region in “a massive bombardment.” The strike has reportedly triggered Ukraine. The Ukrainian office of the Chernigiv region stated, “Today’s strike is directly linked to Kremlin efforts to pull Belarus as a co-belligerent into the war in Ukraine,”.

Well, the European Union must have never thought about this strike. They already had cards in their deck to remove sanctions at the earliest from Belarus. But, President Lukashenko seems to be reluctant about helping Europe at any cost.

The reason is pretty simple. The EU had imposed sanctions on Belarus for a really long haul tarnishing the image of the nation worldwide. Due to export limitations imposed on Belarus after the start of the war, the country is currently unable to sell goods to the EU. Perhaps the biggest problem with this Belarus route plan is Belarus itself. So, how the EU even thought of seeking the help of Belarus, is a question to which no one knows the answer.

Belarus and Russia have many things in common, but at this moment what makes them even close are Western sanctions. Russia helped Belarus to sell its sanctioned oil by avoiding sanctions through the St. Petersburg port. Belarus shipped around 19K tonnes of diesel to St. Petersburg in April.

Moreover, Belarus was one of the first nations that supported Russian aggression in Ukraine going against the West’s heckling. Putin and Lukashenko did a TV program together too in which they made fun of Western media and the west’s narrative in the war.

And now, chances are really high that Belarus may open a second front. This would make Ukraine redeploy forces from the front lines in the East towards Northern Ukraine again. Furthermore, this would make it easier for Russia to capture full control of Eastern Ukraine.

Read More: Russia is helping its friend Belarus to ship its oil to best friend Europe

We may safely infer that this was essentially Belarus’ response to the West on who it considers an ally and who it considers a foe. The EU reasoned that Belarus might enable food grains to reach the Bloc if sanctions were lifted. However, their strategy of spreading the seeds of animosity between Belarus and Russia appears to have spectacularly backfired. Additionally, pressure will increase on a defeated Zelensky to defend Ukraine if Belarus truly opens a second front.