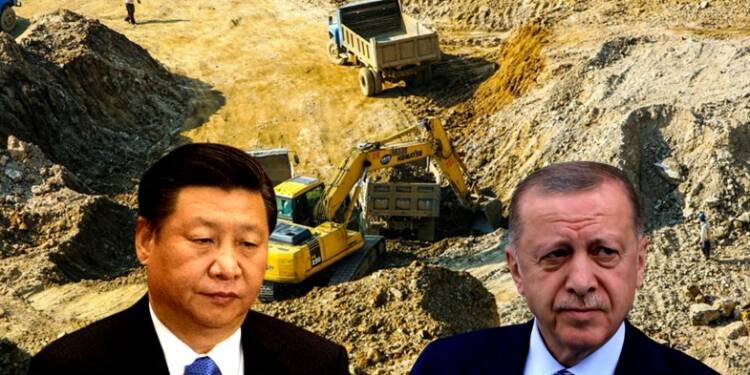 First of all, it’s important to understand that rare earths are not actually all that uncommon. However, the production of goods like smartphones, electric vehicles, military weapons systems, aircraft engines, wind turbines, and much more depends on these rare earth elements. This is precisely why rare earths have even been dubbed “the new oil”, due to their applications in strategically significant industries.

A combination of different state industrial policies over the decades helped China cement its rare earths dominance. To begin with, in the mid-1980s, the government offered rebates on export taxes to encourage the production and export of upstream ores and concentrates.  Beijing has also long taken advantage of its comparatively inexpensive labour force and lax environmental regulations to acquire a competitive edge in the international market. Ultimately by the 2000s, China became the king of rare earth minerals.

China is so dominant throughout the entire rare earths supply chain that even though US production has increased since the reopening of California’s Mountain Pass mine in 2018—the nation’s only rare earths mine at the moment—America still sends the majority of its rare earth concentrates to China for processing. There are only a few large-scale downstream rare earth refining facilities outside of China, according to MP Materials, the firm that owns the Mountain Pass mine. The US has set a goal of bringing back the entire rare earths supply chain to American territory in recognition of its precarious position, but doing so will probably take years.

Just to provide you with a context, China shipped over 408,000 metric tonnes of rare earths between 2008 and 2018, accounting for 42.3% of all rare earth exports during that time frame.

China has occasionally leveraged its edge in rare earths to advance its political goals. For instance, in the midst of a territorial dispute, China purportedly stopped exporting rare earths to Japan in 2010, putting Japanese businesses in great danger. Although the effect on Japan’s supply chains was minimal, it brought attention to the fact that more than 80% of the country’s rare earth imports come from China. After this incident, Japan started to diversify its supply chain away from China.

You see, despite their efforts to reduce their susceptibility to supply chain disruptions coming from China, numerous powerful nations continue to rely heavily on Chinese rare earth shipments.

Read more: China could stage a hostile takeover of Japanese semiconductor firms to heal its wounds

Turkey is the new leader

But a strike out of the blue from Ankara now threatens China’s plan to dominate the rare earth market.

According to the Istanbul Mineral and Metal Exporters Association, Turkey has found a store of rare earth elements in the northwest province of Eskisehir that is enough to meet the world’s need for 1,000 years. This information was provided by Turkish media recently.

“It will also create jobs for the local population and our youth. The excavation of our mines will enable our country to join the world’s vanguard,” IMMIB board member Metin Cekic told the Turkiye newspaper.