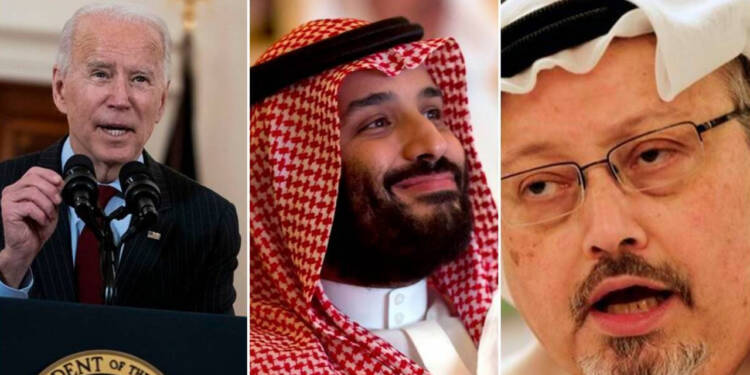 US president Joe Biden has been using all tools in his arsenal to build diplomatic bridges with the crown prince Mohammed Bin Salman often known by the acronym MBS. In the past few months’ news went galore after the Riyadh supremo snubbed repeated phone calls from the US president as there was already a dent in the relationship following their respective stance on the Russia-Ukraine war.

The Khashoggi issue is back

But as the energy crisis gets aggravating with every passing day, it has turned out to be all the more damaging to the United States. Biden is yet to finalize an alternative to rely upon, after Russia set up a bulwark restricting its trade to the west and Europe by large.

After a series of snubbing from the Kingdom of Riyadh, US president Joe Biden has somehow wormed out of the quagmire to make an appointment with MBS. President Joe Biden will travel to Saudi Arabia in July during his first trip to the Middle East since entering office, the White House confirmed in a major policy reversal amid rising energy prices.

Biden will tax all his diplomatic acumen to pacify the crown prince to pump a modest amount of additional oil to ease past the energy crisis following the eastern Europe war. Lowering oil prices may help American consumers, but it is not that easy walk as Joe Biden is facing yet another hurdle in his proposed pacifying act with MBS.

The Biden administration has been given time till Aug 01 to say whether Saudi prince MBS is immune to the civil lawsuit filed against him in the US or not. U.S. District Court Judge John Bates said in an order on Friday that the U.S. government can submit a statement of interest regarding, among other things, “the applicability of head-of-state immunity in this case.”

The case in contention is the brutal killing of former Washington Post columnist Jamal Khashoggi inside the Saudi consulate in Istanbul in October 2018. Adding more worries, The CIA concluded in 2018 that Mohammed had ordered Khashoggi’s killing, contradicting Saudi Arabia’s insistence that the crown prince had no advance knowledge of the plot.

Hatice Cengiz, the fiancée of Jamal Khashoggi has filed a lawsuit in the US against Crown prince MBS and 12 other co-defendants, accusing them of killing and dismembering Jamal Khashoggi under the directives of MBS.

Read more: Biden’s refurbished character certificate for MBS is his admission of loss

The crown prince “has immunity not only from his immediate familial relationship to the King but also from his own ‘high-ranking office,’” Mohammed’s lawyers argued in a motion to dismiss the lawsuit.

The timing weighs the significance

The onus lies on the US administration to give the final word to the state department to make a person immune to the court proceedings or not. The timing of the federal judge’s order weighs colossal significance as Biden is about to fly to Riyadh to do some big talking to alleviate a raging MBS.

The Saudi Embassy touted the upcoming visit as one that would “enhance the historic and strategic partnership between the Kingdom of Saudi Arabia and the United States of America, as both countries aim to deepen and strengthen the existing areas of cooperation, and lay the foundations for the future of this strategic partnership.”

Not to get lost in the current mire is the previously held stance of Biden to make Saudi a pariah state for the inhuman activities that the kingdom is always embroiled into. But times had changed, and Biden has adopted a servile attitude if needed can prostrate before the crown prince to apologize for whatever it needs to end the predicament that is the energy crisis.

Biden’s stance on the federal court statement will be crucial, simply for the fact that his legions and a sizable left-aligning majority in the US still consider MBS as a brutal dictator.