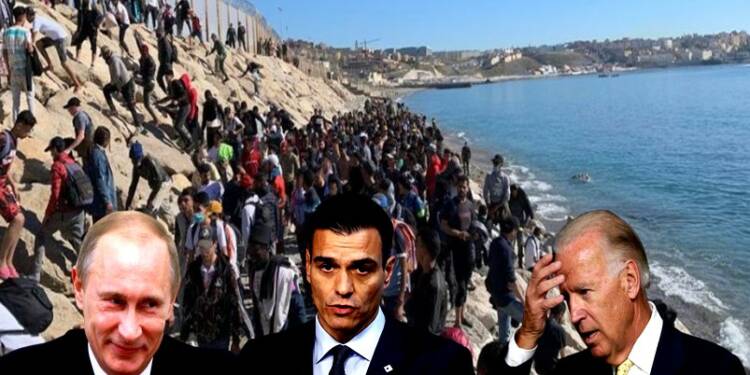 NATO is really trying to win a lost war. The Western countries are still finding it difficult to accept that Russia, single-handedly, has foiled their collective aspirations. They are doing all in their power to prolong the fight in hopes of gaining a face-saving victory, even if it means undermining the goals of their own friends.

As long as the war continues, many NATO partners’ personal interests are in grave danger. The terrible consequences of the war’s prolongation on some allies, therefore, are causing an internal rift and strife among NATO allies.

Grain exports from Ukraine, one of the top producers in the world, have been reduced by about two-thirds as a result of the Russian invasion. This has created a serious danger to food security in Africa. Violent crime, extreme poverty, and widespread starvation followed as a result. Many European countries, especially those bordering the Mediterranean Sea like Spain, are concerned that this may cause a sharp increase in migration from the continent of Africa. Spain and other countries want NATO to be prepared for such potential flashpoints, rather than being fixated on Russia.

Spain has even issued a warning that pressure tactics involving migration from Africa may be employed by what it refers to as “hostile forces.” The Russian mercenaries from the Wagner Group are allegedly involved in promoting migration to Europe in the Sahel region, according to the Spanish Foreign Minister.

Recently, several people died when hundreds of migrants attempted to breach the border fence separating the Spanish enclave of Melilla from Morocco. Many migrants also arrived by boat on the Spanish Canary Islands,100 kilometres off the African coast.

“We have been looking at whether there is more movement of people linked to the increase in prices, to the difficulty of these countries in accessing grain and wheat,” Txema Santana, a migration advisor to the government of the Canary Islands, told the Reuters news agency.

A Rebellion in Making

Make no mistake, NATO’s negligence of the security problems of its allies would soon lead to a rebellion inside the organization. The member states are irked by NATO’s over-emphasis on Russia, simply to coddle Biden’s ego.

“We are really glad to have included the southern flank in the strategic concept … especially about the African sub-Saharan and Sahel area, which is one of the major concerns for Europe and particularly for our country as a consequence of instability and risks coming from the irregular flux of migrants, terrorism, food crisis, energy crisis and the climate emergency too,”  Spanish Prime Minister Pedro Sanchez said.

You see, Spain made a deal in March with Morocco to secure a clampdown on irregular migration amid mounting pressure and no sign of support from its NATO allies. Morocco is the perfect getaway for African migrants to enter Spain and further into Europe. Spain has accepted Morocco’s demand to alter its diplomatic relations in Western Sahara in exchange for ensuring a low turnout of migrants on its borders. But this has not borne any substantial results.

To be perfectly clear, it’s not just the allies that are frustrated by Biden-controlled NATO’s policies. Even the Pentagon implicitly told the Biden administration to focus on China, not Russia.  A breakup of NATO may be imminent if Biden stays on his current course. Biden’s fantasies about launching new military alliances against Russia are not only naive but also perilous. The sooner the arrogant old man understands this, the better.