“Chinese economy is coming to an end,” now even officials admit 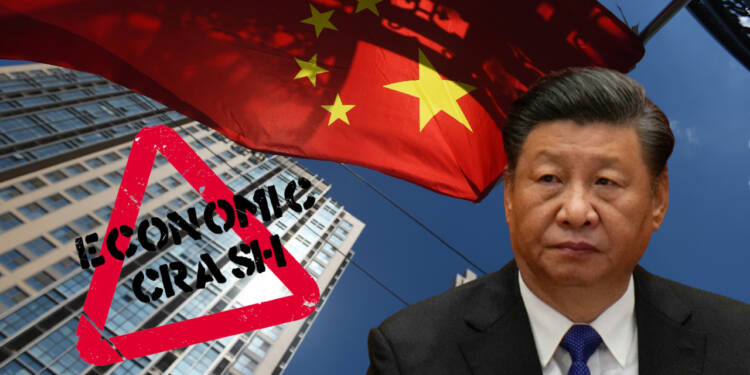 The country which has managed to be a big cheese in the world when it comes to the economy is now seeing the hardest of times. It is incessantly retrogressing and the Chinese GDP is continuing to go in a tailspin. Now, this downfall on the global stage might be a bitter pill to swallow for Beijing but all this is its own making.

Xi Jinping’s regime has made China a hellhole for the people in the country, hurting a lot of average people. The wrongdoings of the CCP have forced them to bear the brunt of China’s economic tumult. As the second-largest economy in the world falters, all the average Chinese citizens will be caught in the fallout.

Beijing’s pandemic policies prevented people from going to work or even leaving their homes. With factories shut down in China, including in the Southern tech hub of Shenzhen, the Chinese economy is taking a toll.

The draconian Zero-COVID policy has locked down swaths of the Chinese economy, curtailed factory output, and severely hit consumer spending. Ever since the pandemic occurred, covid lockdowns in China have hit businesses very hard.

According to a poll released by IHS Markit on Thursday, the Caixin purchasing managers’ index, a frequently followed indicator for gauging the health of the economy, plunged to 36.2 in April from 42 in March. Anything above the gauge of 50 implies expansion, while anything below it suggests contraction.

Read More: The firm that caused China’s real estate collapse has been given the charge of collapsing the Chinese economy

Due to the effect Covid limits have had on consumer demand, it has also become more difficult for businesses to pass on the higher pricing to customers. This has resulted in a further decline in employment.

The economic state of affairs in China is heart-rending but the Chinese President is sitting with folded hands like a cold fish. He is still not able to get over his Covid policies, risking the country’s economy and snatching people’s livelihood away from them.

Seldom does anybody take the risk of telling about the horrendous situation in China fearing Jinping’s wrath but a bank employee in Sichuan province took the step. The man anonymously took to social media and declared that his bank is unable to grant new loans. Well, Chinese bank officials are now admitting that China’s economy is nearing its end now.

“The leek refuses to grow, and the sickle is in panic.” He added: “All sorts of ways of drinking poison to quench the thirst have emerged, such as hanging interest and transferring capital, and paying debts with capital.”

He also stated that “the Chinese economy is coming to an end, just like the end of the world.”

Citizens in China aren’t able to withdraw their money from banks. Chinese banks are carelessly using it to pay debts to reduce interest rates, and lending to shell businesses, the owners of contested corporations, and properties with low mortgage values is fairly widespread.  According to the bank employees, the real estate sector in China has also been thrown out of control.

Read More: Biden urgently issues a No Objection Certificate to China to rescue the Chinese economy

Customers have come down on streets to agitate against the Chinese banks that have withheld their money. They are protesting with slogans, “Return our savings.”

But, no matter what the people of China are held with, Xi Jinping has nothing to worry about. Xi Jinping has cracked down on his country’s economy and now his regime is becoming a yoke around the people’s neck. They can do nothing but just yell silently.