EU has finally admitted its loss in Ukraine, and Viktor Orban is its ultimate fall guy 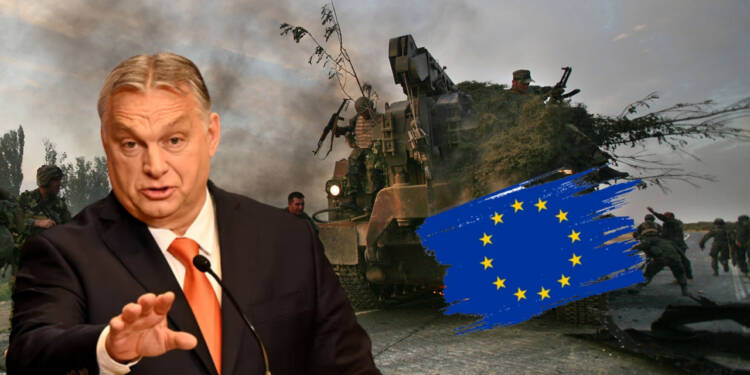 Ever since Viktor Orban scripted a thrilling victory to get back to power in Budapest, an infuriated EU immersed itself in weaving new plans to take the Prime minister of Hungary to the task.

Victor Orban’s political norms were never a matter of secret. Viktor Orban supported Russia in public glare making Hungary an anomaly among its counterparts in the EU.

Meanwhile, the EU has been scrambling all over trying all its might to punish Russia but only to fail repeatedly. It has been nearly four months since the EU engaged itself in the war annihilating Russia and now the European Union has found out that irrespective of the futile sanctions, they won’t stand a chance in matching the Russian might. So, the EU is admitting defeat and is crafting a scapegoat in Hungary to avoid the embarrassment in front of the world.

The Russian strategy of reducing a significant amount of gas from Nord Stream 1 was the final hammering to an already worn-out EU in the Ukraine war. The plethora of sanctions, seizing of foreign assets, and whatever heinous play orchestrated by Europe least affected Russia as the country went profiteering with trade deals that marked an all-time high with the eastern countries.

So, it has finally fallen upon the bigwigs in Europe that it is not a cakewalk to tame the beast in Vladimir Putin and it will be better to adhere to a neutral line of approach than facing the Russian ire in the foreseeable future. But Europe has earned a reputable stature on the global stage. They can’t just pull off from the fight and leave Ukraine in a mess. So, Europe has meticulously stitched a new ploy to make Hungary the scapegoat to cover the EU’s embarrassing retreat from the Ukraine war.

MEPs and lawyers urged the European Commission on 6th July to stop transferring EU funds to Hungary due to the country’s systemic violations of the rule of law.

“Only 100% suspensions, reductions, interruptions, and recoveries will sufficiently protect the EU’s financial interests,” the EU report reads, adding that “this measure is proportional and appropriate.”

Read more: The little-known religious factor behind the Hungary-Russia camaraderie

John Morijn who prepared the report said “It is irresponsible to spend EU money there.” He added that suspending the funds would also benefit Hungarian citizens by putting pressure on Orbán’s government and avoiding funds ending up in the wrong hands.

Viktor Orban’s history of locking horns with the EU is a big story in itself. EU has accused the Prime Minister of a volley of charges that goes from independence of the media, asylum and LGBTQ+ rights, and more. But the biggest crime that Hungary committed was its outright support for Russian President Vladimir Putin.

In the garb of all these issues, the EU has been waging a war of sanctions with Hungary, just for the camaraderie Budapest shares with Moscow. Interestingly, the war in Ukraine has given Viktor Orban new leverage that he has utilized to his fullest. Viktor Orban has cultivated a cult follower base in Hungary that is too strong to fall at EU’s will. People by large support the prime minister’s vision of aligning with Russia.

Minding this, EU is about to use the latest trick in its arsenal. The Union is taking steps to move with political advertising and paid promotions that will permeate cyberspace based on their behaviours and troves of online personal information. This move will be nothing but a gross emulation of the Cambridge Analytica scandal of 2018 that helped manipulate the voters. So, the EU is fuelling fires for a civil war or unrest in Hungary just for the country going a pragmatic line of siding up with Russia.

Europe has gone berserk after the humiliation of defeat in front of the world for its stance in the Ukraine war. Every day sees a new Russian offensive that simply gives nightmares to Europe and their counterparts. So, the only way to sneak past the whole episode of Russian insult is to find a scapegoat. Hungary is a perfect fit for this plot for its constant pro-Russia stance.

Baltic nations are growing frustrated with NATO, and a revolt looks like a real possibility now