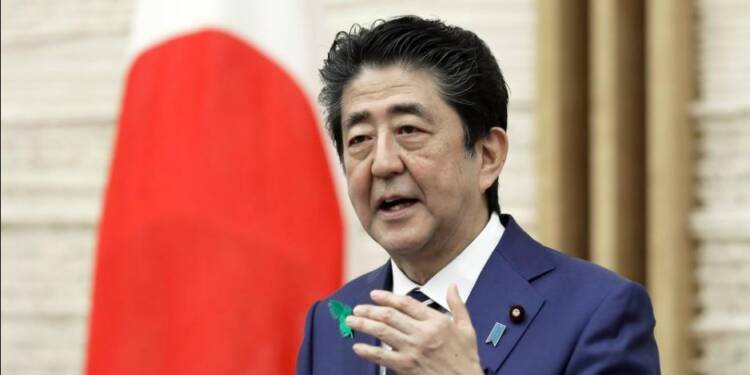 Japan was having a hot hand until Prime Minister Shinzo Abe held the reins of Tokyo in his hand. Shinzo Abe who turned Japan into a formidable force was a knight in shining armour. The Japanese political landscape was running out of order post World War II, but it was he who boosted confidence in the country.

From a docile nation to an overt, expressive and assertive military power, Japan travelled a long way under the leadership of Shinzo Abe. Numerous leaders came and went as Japan’s politics continued to churn endlessly. However, with the re-arrival of Abe in 2013, Japan witnessed a stop to the cycle of unpredictability. He not only brought some stability to Japan’s political life but also improved the country’s reputation abroad.

Japan turned into a formidable force

Shinzo Abe was tailor-made for Japan to sail the country through the hard times it had faced. It was under him that the Quad, the world’s staunchest anti-China alliance, was materialised, as Japan moved away from pacifism, thus paving a path for the four-member countries – India, Japan, USA and Australia to come together.

The unabashed China hawk legacy left by Abe is a hard one to fill. It was under him, that Japan started a tit-for-tat with China in the realm of neighbourhood policy. The international cooperation among like-minded countries and Japan increased and Shinzo Abe was able to succeed in making Japan a dominant power in the Indo-Pacific.

Read More: Japan has truly come out of the shadows of pacifism as it moves towards becoming a major defence exporter

Furthermore, Abe publicly came out and expressed his unwavering support for Taiwan despite the fact that Japan had its own conflicts with Taiwan about the Senkaku Islands.

Under Shinzo, Japan even sponsored a trilateral Strategic Dialogue where he urged Taiwan and the United States to ratify the Comprehensive and Progressive Agreement for Trans-Pacific Partnership in order to advance the three nations’ economic relations. He also backed Taiwan’s application for observer status at the World Health Organization

Read More: Shinzo Abe: The man who dealt one of the biggest blows to China in 2020 and will continue to without being in power

In the domestic realm, he brought a ray of hope by reviving the plummeting economy. His policies popularly came to be known as ‘Abenomics’. It was built on monetary easing, fiscal stimulus and structural reforms.  Abenomics boosted liquidity, depreciated the yen, boosted exports and increased employment.

Japan has followed many other steps which signal a resolute move away from the past pacifism. The proactive foreign policy of Shinzo Abe was a move away from pacifism, but such positive, radical changes weren’t limited to the realm of International Relations.

Japan also developed militarily ever since Abe took office. Abe-led Japan started to convert the JS Izumo, a warship designed for helicopter operations, into a carrier capable of supporting fixed-wing aircraft This was the first upgrade in the last 75 years of Japanese military history. Japan also launched the first of its new class of Submarines, Taigei (big whale), a diesel-electric submarine. Tokyo also started works to develop its 5th generation fighter jets.

These military developments were a testimony of Japan moving away from the shackles of pacifism toward being the proud and powerful nation that Japan once was, under the leadership of Abe.

Abe turned the sleeping giant of Japan into a ferocious Samurai. The country has witnessed a tectonic shift in its state under the stewardship of Abe San. He brought Japan out of self-restraint pacifism towards a renewed pro-activism, which to its extent was implausible in post-World War East Asia. The man’s stature has been etched forever on the psyche of the Japanese people.