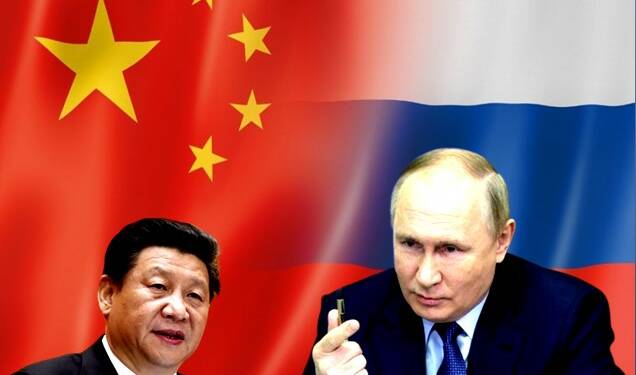 Although Russia and China are considered allies, China has a foul habit of stabbing its own friends. As the sanctions were imposed on Russia by European nations, China hopped in with deals to grow its circle inside the continent.

China pushed ahead with its agenda of China Rail Express (CRE) within Europe, which is a critical logistical cog in President Xi Jinping’s Belt and Road Initiative. But, due to the Russo-Ukraine war, supply chain disruptions have made rail transport across Asia and Europe a direct victim.

But, make no mistake, the supply chain disruptions are solely not the reason behind the failure of China. There are several factors at play. And, Russia could be one of the primary factors behind the shattering of Chinese dreams in Europe.

In a bid to boost its relations with European nations, China launched a whole new freight train service to Europe. This new route was planned in such a manner that none of the track was entering Russia.

This new route traversed the Caspian Sea and the Black Sea via rail-sea combined transportation bypassing Russian territory. Several countries in Central and Eastern Europe could be reached via this new rail-sea transport route.

According to Chinese official media, the train was supposed to travel 11,300 kilometres from Kazakhstan, Azerbaijan, Romania, Hungary, Slovakia, and the Czech Republic before arriving in Mannheim, Germany.

Through this route, China thought it would be opening new opportunities for domestic and international enterprises within Europe while simultaneously snubbing Russia.

The plan, however, didn’t work out as expected as the supply chain issues formed dark clouds over the freight corridor. But, an unusual trend was also seen that indicates that the plan became significantly irrelevant from the very beginning. Industry-based data has revealed that there was a sharp rise visible in the number of freight trains going from China to Russia in the first half of 2022. Western sanctions were suggested as the cause of this unexpected increase because they increased Russia’s trade with Eastern countries.

This might be a big statement to quote but, Russia used China as a pawn for bypassing sanctions.  Over 60% of all Chinese freight trains that travelled to European nations in the first half were possibly bound to Russian goods, up from 45% the previous year.

This train line was directly affected as European countries refrained from purchasing products from China after it came to their knowledge that Russia might be using Chinese channels to evade sanctions.

Furthermore, as the war between Russia and Ukraine drags on, the European nations have already started to designate China as one of its staunchest enemies. They do not want China to be its partner in the near future.

Believe it or not, there is a wave of rising sentiments against China. Recently, many European Nations supported the motion of NATO to announce China as one of its enemies.

Whereas, Germany forced its automakers to move out of China by ending the subsidies as it wanted China to have the least say in its automaking.

Even if that’s not enough for you to believe that there is a rising hatred for China, there are also several media reports available on the internet that EU nations are concerned about the Xinjiang police files that completely exposed CCP.

It was obvious that China’s goal to position itself as a rival to Russia would fall short. Russia controls a major portion of the European market, and it will never permit China to have a larger piece of a market where it already reigns supreme.

In addition, Europe also does not want China to have any influence over its market because it understands that trade will come with some unspoken conditions that would make the market a more fragile asset. All in all, Putin decimated Xi’s ill-found ambitions in Europe.