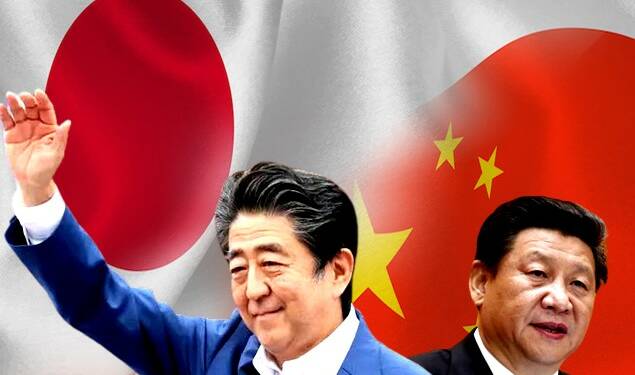 No wonder, Shinzo Abe was a demigod in Japan. He changed the demography of politics in the country with his revolutionary economic policies that came to be known as the ‘Abenomics’. Japan saw a tectonic shift when the country’s most consequential leader took office.

Abe — the godfather of Quad

Abe San formed a four-nation alliance called ‘QUAD’ which is today seen as the world’s staunchest anti-China alliance. Quad was a Quadrilateral Security Dialogue signed between India, Japan, the US and Australia with the aim of thwarting China’s hegemonic dreams in the Indo-Pacific region. This pact was a brainchild of Abe and thus the credit must go to him.

Abe started designing a conceptual framework to counter China’s hegemony in the Indo-Pacific shortly after taking office as prime minister in 2006. This framework included the four-nation alliance of the US, with which Japan has a strong military alliance; Australia, a significant trading partner of Japan, and India, which Abe saw as a key economic and security partner in the region and as having a significant cultural and spiritual influence on Asian civilisation.

India, Japan, and the US held their first joint naval drill in April. Japan, which started forging a solid economic alliance with the US, pushed India to attend the inaugural Quad meeting in Manila in May 2007. Later that year, Abe embarked on a historic journey to convince India to join the Quad, which was then just a concept. Speaking to the Indian Parliament on August 22, 2007, Abe recalled Indo-Japanese cultural ties, including interactions between revered Indian figures like Vivekananda and Subhas Chandra Bose, justice Radha Binod Pal, the Indian judge who presided over the Tokyo war crime trials, and the title of the book by Mughal prince Dara Shikoh, The Confluence of Two Seas.

Read More: Shinzo Abe: The man who dealt one of the biggest blows to China in 2020 and will continue to without being in power

Shinzo Abe and Prime Minister Narendra Modi held the dearest relations with each other ever since they first met when Narendra Modi was the CM of Gujarat. “Right from that first meeting, our friendship went beyond the trappings of office and the shackles of the official protocol,” said PM Modi.

PM Modi also shared his bonhomie with Abe, during his trip to the Sabarmati Ashram in Ahmedabad, the Ganga Aarati in Kashi, and the elaborate tea ceremony in Tokyo. He said that the list of “our memorable interactions is truly vast.”

In addition, the Prime Minister treasured the unique honour of being welcomed to Abe’s family residence in Yamanashi Prefecture, which is tucked away in the foothills of Mount Fuji.

Abe’s death has been a great loss for India, especially for PM Modi, who lost a “close friend”.

Read More: Shinzo Abe – The Father of the QUAD has tasked himself with the freedom of Taiwan

Japan’s former Prime Minister, Shinzo Abe has been a force to be reckoned with. He has made China face many sleepless nights, given his foreign policy choices and bringing Japan out of the self-restraint pacifism towards a renewed pro-activism, which to its extent was not imaginable in post-World War East Asia.

While being in power, Abe dealt the biggest blows to the Chinese government in 2020 together with India and the USA. Make no mistake, Shinzo Abe might be a thorn in the flesh for Jinping but for the rest of the world, he was a messiah. The unabashed China hawk legacy left by Abe is a hard one to fill.

Russia’s ultimate peace proposal is here, and the West must not squander it