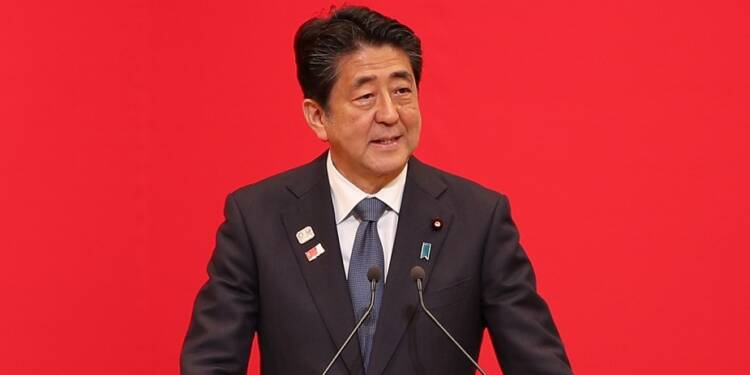 Japan’s former Prime Minister, Shinzo Abe has been a force to be reckoned with. He has made China face many sleepless nights, given his foreign policy choices and bringing Japan out of the self-restraint pacifism towards a renewed pro-activism, which to its extent was not imaginable in the post-World War East Asia. The Japanese political landscape was turbulent when Shinzo Abe took the reins of the leadership, and it was he who boosted confidence in Japan. He was the one who made Japan an overt, expressive and assertive military power, which was no longer willing to shy away from asserting its claims and leading the countries in its area of influence.

Also read: The man behind Japan’s drastic Taiwan shift is Shinzo Abe and he is set to visit the resting place of Taiwan’s tallest leader

While he was also consequential in the revitalisation and re-invigoration of the QUAD with tangible and specific overlapping objectives, today, even though Abe is not in the office, the world has certainly not heard the last of him. China, particularly, is enraged. Shinzo Abe recently came out and voiced his unflinching support for Taiwan. He also declared his commitment to visit Taiwan as soon as the situation permits, referring to the Covid-19 pandemic, which originated from China. Recently, his Twitter timeline has been filled with tweets and exchanges with the leaders of Taiwan or related to the subject of Taiwan.

Late July, speaking at the Trilateral Strategic Dialogue hosted online by the Japan-Republic of China Diet Members’ Consultative Council, Shinzo Abe called on the U.S. and Taiwan to join the Comprehensive and Progressive Agreement for Trans-Pacific Partnership to further economic cooperation between the trio. He expressed support for Taiwan to join the World Health Organization as an observer. The former Japanese Prime Minister was also quoted as saying, “What happened in Hong Kong must never happen in Taiwan,” referring to the draconian Chinese crackdown on the erstwhile free city.

Abe added, “I find the unilateral attempts to change the status quo in the South China Sea and the East China Sea concerning.” Shinzo Abe said the biggest issue facing the international community in the 21st century is dealing and interacting with a rising China, which has increased its military expenditure by 42 times in the past 30 years. Just recently, Abe-san has shown his inclination to work with the government for the sake of his country, and if we add the increased interest in Taiwan, there could be a connection between the two.

The former Japanese Prime Minister Shinzo Abe plans to visit Taiwan in the near future, according to the East Asia Parliamentary Friendship Association of the Legislative Yuan. East Asia Parliamentary Friendship Association head and Democratic Progressive Party Legislator Kuo Kuo-wen revealed Tuesday that Abe is eager to visit Taiwan as early as next year, while answering a question. This comes after a press conference in October, in which seven cross-party legislators officially invited Shinzo Abe to visit Taiwan in 2021.

According to Liberty Times, Independent Legislator Freddy Lim and Kuomintang Legislator Wen Yu-hsia asked the Legislative Yuan’s Foreign Affairs and National Defense Committee Tuesday regarding Abe’s travel to Taiwan. “We are optimistic about the news and welcome Abe’s visit,” said Deputy Minister of Foreign Affairs Tien Kuang-chung. Lim then inquired about the trip, to which Tien replied, “Yes.” Tien stated that officials have not yet received important information about Abe’s coming to Taiwan, but he is aware that the Taiwanese public is anticipating the visit and is delighted that it is taking place.

Meanwhile, in a recent interview, the former Japanese Prime Minister expressed a desire to visit the final resting place of Taiwan’s first popularly elected president – Lee Teng-hui, “if conditions allow.” The Sankei Shimbun interviewed Abe on Wednesday (July 28) ahead of the first anniversary of Lee’s death. Abe expressed “profound sadness,” saying the former president had made tremendous contributions to the amicable relationship between Taiwan and Japan.

Earlier, Japan effectively abandoned the ‘One China’ policy as it showed Taiwan as a separate and free entity from China in its annual defense white paper. In this year’s white paper, Taiwan is completely greyed out from the map of China. In previous defence white papers, Japan had displayed the island nation as a part of China. Japan has also committed to militarily protecting  Taiwan along with the United States, if China were to launch an invasion against the democratic island nation. Now the father of QUAD, Shinzo Abe has taken the task of freedom of Taiwan and it is something that needs to be followed consistently.